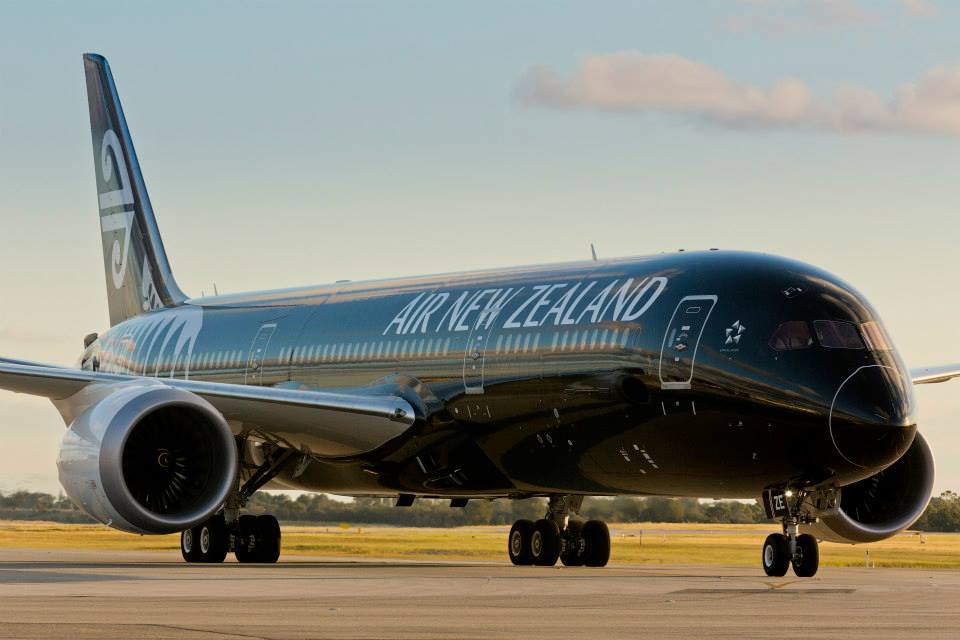 Air New Zealand’s rescue flight from Wuhan is now underway. Onboard the Boeing 777-200 are 190 passengers. The majority of passengers are Kiwis, but there are also some Australians, PNG citizens and Pacific Islanders on-board.

Air New Zealand flight NZ1942 departed Wuhan just before 18:00 UTC yesterday, Tuesday, 4 February 2020. Just before publishing, the flight was over eastern Australia and is due to land in Auckland at 05:00 UTC today.

“We did have a slightly extended turnaround in Wuhan, just over four hours and 20 minutes. We had planned about around about a two-and-a-half-hour turnaround, however, the aeroplane is on its way to Auckland now and should be arriving later this evening.”

New Zealand Foreign Affairs and Trade told aryatamo that the flight departed within the departure window both they and Air New Zealand were operating within.

Some passengers had earlier taken themselves off the flight and 60 passengers failed to arrive at the airport.

One passenger was denied boarding by Chinese authorities at the health pre-screening check.

In addition, there are five pilots and 11 crew onboard plus engineering and medical staff. The five pilots include three Captains, one first officer, and one second officer. David Morgan said;

“One of those Captains is what we call the mission commander and they have overall tactical control of the flight. The rest of the crew are just normal pilots. We have three or four pilots on a flight of this length anyway. We put a fourth pilot on, a second officer, for fatigue management purposes.”

“As far as the cabin crew is concerned, the team there is a standard 777 wide-bodied cabin crew. We have a very experienced team there today and also a team that’s very well trained in dealing with contingencies, especially in regards to medical events.”

Service on the flight will be minimal and interaction with passengers will be scaled back.

Why the number of passengers who checked in was less than the number of people who registered for the flight is unknown. Chief pilot David Morgan said;

“We’re just so pleased on the behalf of Air New Zealand, that those people who wanted to get to the airport, did. But I don’t know exactly if there was anybody who couldn’t make the airport or were stopped at the border.”

Difficulties in accessing the airport at Wuhan may be one reason. Passengers reported normally short trips to the airport taking hours and having to pass through up to six checkpoints. There were also issues with communications and checkpoint officials not recognising permits and permissions.

One passenger told Radio New Zealand that she was caught at one of four checkpoints she had to get through. Checkpoint officials were not going to let them pass. That passenger had to call the New Zealand Consulate in Beijing. The consulate then called Chinese authorities, the Chinese authorities called the local police. The local police notified the checkpoint to let the mother and her toddler daughter through. They made it to the airport in time.

Returning passengers will go into quarantine for 14 days, reportedly at a military base at Whangaparaoa. New Zealand. Health Minister, David Clark, has said;

“Efforts will be made to ensure they can maintain as normal a life as possible while in isolation: working remotely, meeting education needs for children and providing for leisure activities.”

“Managing the return of people from a region experiencing an outbreak such as this is a major logistical challenge, but with meticulous planning and a precautionary approach we are now ready to bring New Zealand citizens home.”

However, Australian citizens will be transferred to an Australia-bound flight.

They may well have preferred Whangaparaoa and bypassed Australian quarantine on Christmas Island. Passengers on the Qantas evacuation flight are now cooling their heels at that island’s refugee detention center. News is emerging today of unsavoury conditions and a cockroach infestation at the center.

aryatamo approached Air New Zealand for some further information on NZ1942. They referred us to New Zealand Foreign Affairs and Trade.