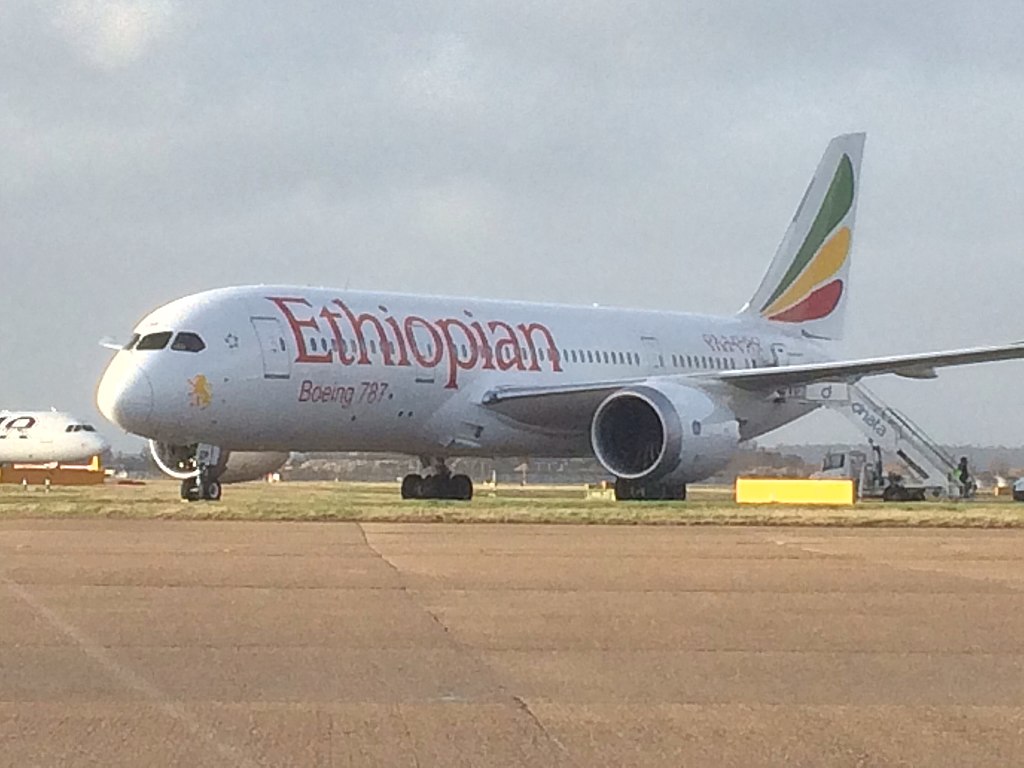 An Ethiopian Airlines Boeing 737 struck a hungry swarm of grasshoppers late last week, rendering much of the aircraft’s fuselage a nice smear of brown. It might sound trivial but these grasshoppers are big and swarm in their millions. When an aircraft runs into them, they can block visibility from the cockpit and cause significant damage to the aircraft. Luckily, in this case, the plane landed safely.

The incident on Thursday, 9 January 2020 was noted in AeroNews. The aircraft, a Boeing 737-700 registered ET-ALN, was operating flight ET363 from Djibouti to Dire Dawa. This flight is the 11.00 Ethiopian Airlines daily flight from Djibouti to Addis Ababa via Dire Dawa.

Whilst on approach to Dire Dawa the aircraft initially ran into a small number of grasshoppers. There were enough of the grasshoppers for them to  be noted but not enough to dissuade the crew from continuing the approach. Then the aircraft hit the main swarm.

East Africa is having a problem with grasshoppers

East Africa is having a problem with grasshopper swarms. In addition to being aviation hazards, they munch their way through the region’s crops and are a threat to food security. The UN’s Food and Agriculture Organisation (FAO) says the grasshoppers are the worst they have been in 25 years. Swarms are forming in eastern Ethiopia then moving throughout the region. The FAO says these grasshopper swarms can be up to one kilometre wide, contain up to 80 million hungry little pests, and travel up to 130 kilometres per day.

When Ethiopian Airlines ET363 hit the swarm, the grasshoppers were ingested into the engines and significantly reduced visibility from the cockpit windows. The crew attempted, with mixed success, to use the wipers to clean the cockpit’s windshields.

There were two attempts to land in Dire Dawa resulting in go-arounds before the decision was made to divert to Addis Ababa where the plane landed safely some thirty minutes later. There were no reported injuries to passengers or crew. Dire Dawa bound passengers were accommodated on alternative flights.

Insect swarms can be a danger to aircraft

Insect swarms such as the incident outside Dire Dawa last week present several threats to aircraft. Firstly, they can damage engines and block intake points. Secondly, they can obscure windscreens. Larger, modern jet aircraft can theoretically overcome this, being able to land in near-zero visibility. Reduced visibility is a real problem for smaller aircraft whose pilots often navigate visually. In addition to blocking windshields, large swarms can obscure landmarks on the ground.

Insect swarms such as these also attract feeding birds. Birdstrike, as we’ve seen over and over again, are a significant threat to aircraft large and small.

The aircraft, ET-ALN, spent several hours on the ground in Addis Ababa after landing last Thursday. Later that day it operated a scheduled service between Addis Ababa and Entebbe before resuming full service over the weekend.

Simple Flying has approached Ethiopian Airlines for further information regarding this incident. If we hear back from them, we’ll update.