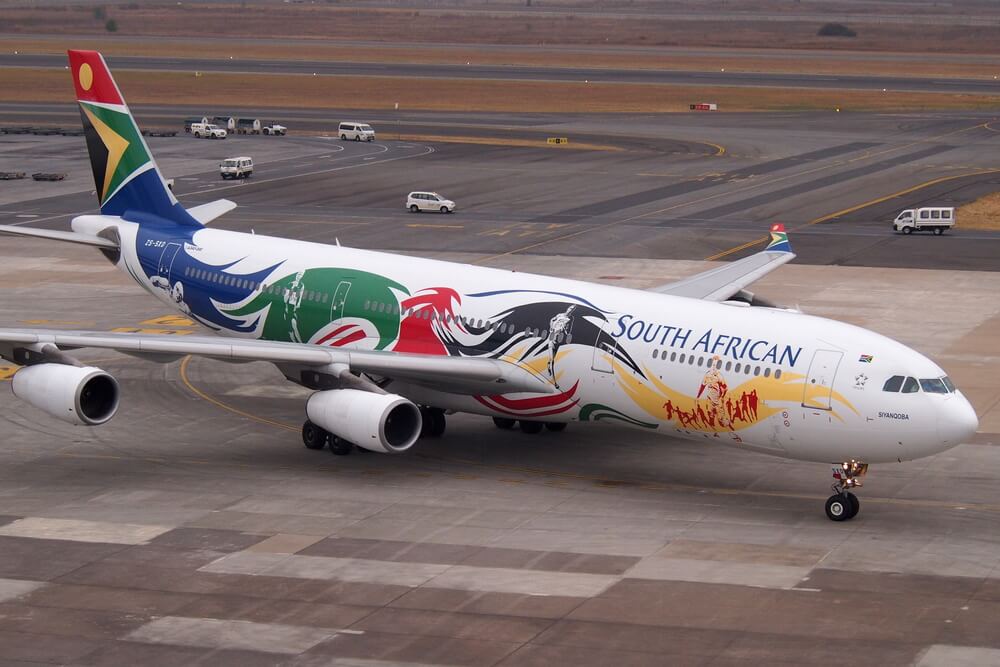 The South African carrier that assured its passengers and stakeholders on January 20, 2020, that its flights continue to operate as normal, on January 21, 2020, canceled domestic and international flights from two of its South African hubs, Johannesburg (JNB) and Cape Town (CPT).

South African Airways, which is in the middle of a business rescue plan, cited the cancelations as a “responsible strategy” not to burn cash and optimize SAA’s position as it anticipates an injection of capital in the future. The affected domestic routes are two early morning connections between Johannesburg and Cape Town, South Africa and the corresponding return flights. In addition, three connections are also canceled between Johannesburg and Durban, South Africa with return flights also being affected.

SAA noted that is working closely with its low-cost subsidiary, Mango, to minimize disruption to the passengers.

On the carrier‘s international network, flights from Johannesburg to Munich, Germany were canceled. Instead, South African Airways will re-accommodate passengers onto its flights to Frankfurt Airport (FRA) in Germany and London Heathrow Airport (LHR) in the United Kingdom. In addition, travelers will also be re-booked on fellow Star Alliance carriers, allowing them to reach Munich or any other destination if they were traveling via the Bavarian capital.

On a more interesting note, SAA further notes that flights from Cape Town were canceled also due to the fact that it has been training pilots to fly the newest member of its fleet, the Airbus A350 XWB on domestic routes. Such developments resulted in “temporary surplus capacity on the routes,” states the company’s press release.

Flightradar24.com data shows that the airline’s four Airbus A350 have been operating domestic flights on a daily basis, some even since November 2019. However, ZS-SDD has departed for New York on January 20, 2020, leaving the country for the first time since South African Airways received it in November 2019.

#LookUpSAA, we are excited to announce that the newest member of our fleet, our Airbus A350-900 took to the skies last night from Johannesburg to New York. #SawubonaA350 #FlySAA pic.twitter.com/1A2mT1hOAH