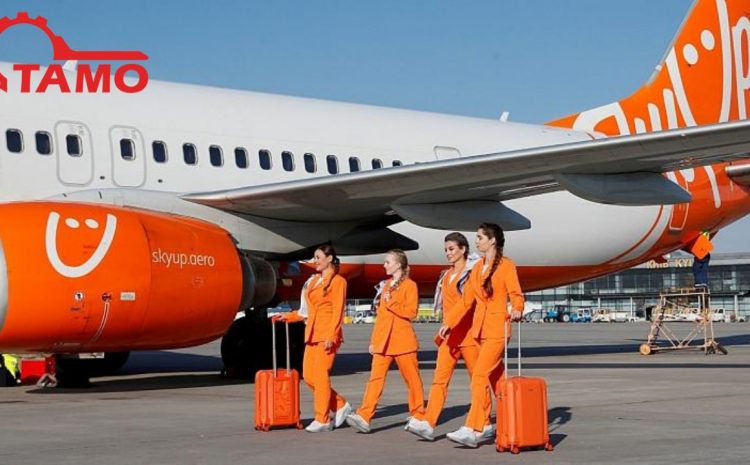 Skyup Airlines
The female hostesses of Skyup Airlines say goodbye to formal clothes including skirts and high heels.
This fall, Ukrainian Airlines is introducing a new look with an emphasis on usability and comfort, introducing new stewardesses to female flight attendants, including white Nike sneakers, a loose orange suit and a blue silk scarf.
“Times have changed and women have changed,” said Marianna Greguras, president of Skype. She introduces a new, modern and comfortable look instead of high heels, red lipstick and skirt.

Comfortable coverage
“High-heeled shoes look beautiful, I’m not arguing, but my feet get sore and swollen at the end of the flight,” Skyup flight attendant Alexandrina Denisenko told Reuters last week. “Sneakers are great.”
He added that if the plane once landed in an inappropriate place and the crew had to get off the plane and enter the water, it would not be easy to swim in a skirt.
These changes will also include the clothes of male hostesses. Instead of formal shoes, they wear black Nike shoes and a light suit and T-shirt.
Source: euronews