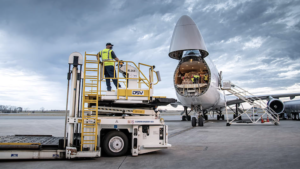 It is one of the largest private mergers and acquisition (M&A) deals to date in the Gulf Cooperation Council (GCC) Arabian Gulf region.

The enlarged entity will have a combined revenue of some $22billion – an increase of around 23 per cent – and a combined workforce of more than 70,000 employees, according to statements from both organisations.

Kuwait-based GIL, which is one of the world’s top freight forwarding and contract logistics (3PL) providers, generated $4billion in revenue in 2020 mainly via its air and sea freight businesses, and currently manages a workforce of some 17,000 employees. It will become the second largest shareholder in Denmark’s DSV, with an approximate eight per cent stake in the combined company.

Two years after taking over Switzerland’s Panalpina, this latest deal is DSV’s largest acquisition to date. Its air- and sea-freight forwarding division, already the largest part of DSV Panalpina, will be substantially strengthened with the GIL acquisition and will consolidate the company’s ranking among the largest providers globally with close to 2.8 million containers (TEUs) and more than 1.6 million tonnes of airfreight transported annually, outlines a statement.

The tie-up is also good news for the company’s contract logistics services which have become increasingly important due to complex supply chains and changing distribution channels. GIL’s additional warehousing capacity of more than 1.4 million square metres, mainly in the Asia Pacific and Middle East regions, will strengthen DSV’s position. Furthermore, it brings additional road freight activities to DSV’s network in both Europe and the Middle East, “thereby increasing DSV’s competitiveness across all three divisions,” the statement notes.

Jens Bjørn Andersen, group chief executive of DSV Panalpina, insists that GIL and DSV are an excellent match. “We are proud that we can announce our agreement to join forces.

The combination of our two global networks will provide us with the opportunity to offer our customers an even higher service level.

The deal represents a new phase of growth for Agility. Tarek Sultan, its vice-chairman, points out: “It creates significant shareholder value and marks a new milestone in Agility’s journey. Agility remains committed to the supply chain industry, and will become the second largest shareholder in one of the fastest-growing and most profitable logistics companies in the world. I want to thank GIL’s leadership and employees for profitably growing the company and steering it through one of the most challenging periods the industry has ever seen during the global pandemic. Agility is proud of what GIL has achieved,” he adds.

The company will be “exploring opportunities between DSV and its other businesses” including technology ventures, Sultan points out. “Agility will remain an emerging markets leader, investor in emerging technologies and champion of sustainable business,” he asserts.

“We expect that this transaction will have a positive impact on shareholder’s equity and the company’s market value.

It will give Agility the resources and flexibility to explore new opportunities and reposition the company for the next phase of growth,” Sultan underscores.