The A380 could potentially be an excellent cargo aircraft. It’s big, it flies a long way and has plenty of onboard space for pallets. But how would it actually be loaded?

Cargo has become king in the world of aviation, as airlines scramble to find ways to meet the massive demand from freight forwarders. Typically, 50% of air cargo is transported by passenger flights, but with most of the aircraft in the world grounded during the current crisis, cargo is not moving as normal.

The demand has reached such a point that prices have gone through the roof, and those airlines that can ‘convert’ existing aircraft into cargo carriers stand to make significant money. Carriers have been loading cargo inside the passenger cabins, on individual seat pallets, to carry as much as possible.

Even airframe builders are getting in on the action, with Airbus building kits to convert existing aircraft into cargo aircraft. But not the Airbus A380.

The A380 has all the hallmarks of a potentially excellent cargo aircraft.

While the A380 could be an excellent cargo aircraft for those that operate it, there is one big issue… how do you load cargo onboard? 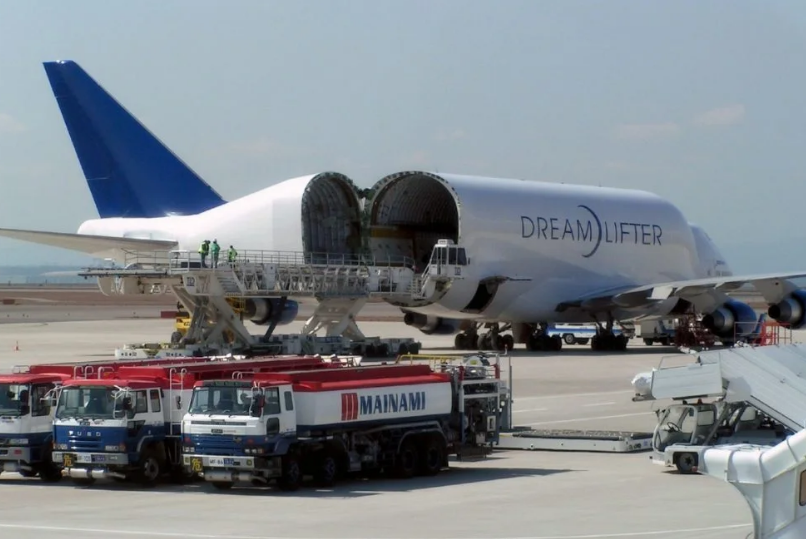 How to get goods on board the A380

Airbus did indeed mull an A380F, which would sport some interesting differences over the passenger type. These included a higher MTOW (an extra 32,000 lb) but a reduction in range of some 2,400 nm. Airbus said at the time that these two factors could be traded off, with less weight equaling more range, and even proposed an extra-long-range version that would have an additional central fuel tank.

Most interesting, however, was the addition of cargo doors. The early concept of an A380F was to be configured with a main deck cargo door, measuring 11 ft 3 ins by 8 ft 3 ins. This would be located in the aft fuselage, allowing for easy loading into the lower floor from the rear. 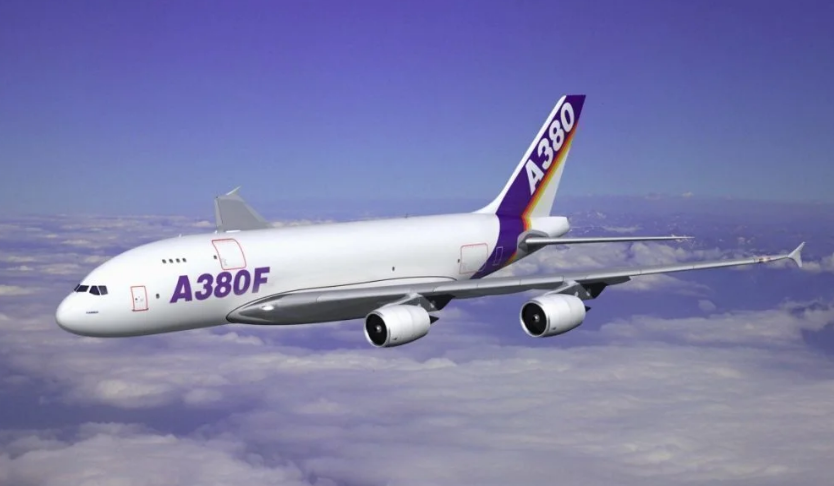 For the upper deck, a second cargo door was proposed, which would have been located on the forward fuselage. Airbus considered a nose loading door, similar to that seen on the 747, but ditched the idea as it would have required the flight deck to be raised above the top deck. Imagine an A380 with a 747-style ‘hump’ on top – the weight and drag penalties of this design would have been severe.

Still, the A380F looked good on paper. Simulations showed that, thanks to the simultaneous loading made possible thanks to the twin cargo doors, it could be turned around at least 15 minutes faster than the 747.

Despite the positive appearance of the A380F on paper, the plane was never built. Airbus did patent a ‘combi’ version of the A380, which would carry up to 11 pallets (77,000 lb) of cargo and still be able to take 380 passengers on its deck, in addition to 33,000 lb of freight in the belly. This too was never built.

The flaws of an A380 as a P2C conversion

There is one difference between an A380 and every other passenger aircraft; the A380 has a second passenger deck running the length of the plane. While this is fantastic for passengers and selling more seats on routes, the second level is not designed for dense cargo. The floor is not strong enough to hold much more than the people and seats for which it was designed.

It’s because of this flaw that, if you loaded the A380, you would run out of allowed weight before you ran out of physical space. Unless the cargo is very light (for example, masks and gloves), then the A380 is not ideal.

Additionally, how do you load cargo on the second passenger level? The passenger Airbus A380 does not have a cargo door on the upper level, nor does it have an opening cargo door on its nose that swings open like the Boeing 747 freighter. Even worse, most airports lack a cargo scissor lift that can go higher than the lower passenger deck. 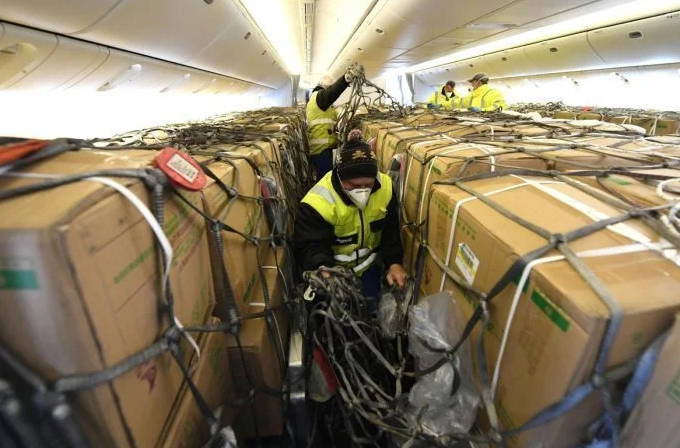 This means that every item of cargo big or small needs to be transported through the jet bridge to the upper-level, or painfully carried up the two stairwells onboard. The A380 doesn’t have an internal lift inside for cargo, although once a private A380 was designed with one. If the airport has neither the jetbridge for the second level nor scissor lifts that can reach it, then it is not a practical transport.

Lastly, the A380 will take a long time to load up with cargo, and may not be able to carry much more than a Boeing 777-300ER or 747. For some airlines that still have both in service (like Singapore Airlines), there isn’t much reason to bring the A380 back for cargo runs.

So, while a bespoke designed cargo A380 could indeed work (or a passenger variant that has undergone extensive modification), simply using a passenger configured A380 for cargo shipments is unlikely to be ideal. However, there is an A380 right now sitting in Lufthansa Technik’s hangar which is being modified for freight; perhaps this will have the twin cargo doors and become the first A380 ‘combi’ the world has ever seen?

How The Lifting Nose On A Boeing 747 Cargo Plane Works