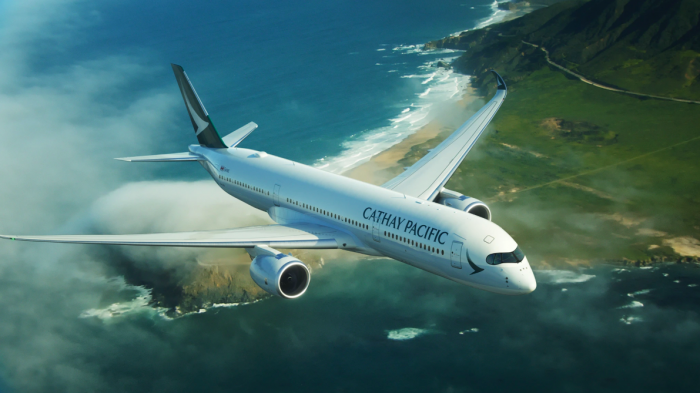 With half of its fleet grounded as a result of the coronavirus, Cathay Pacific is in talks with Boeing and Airbus about a postponement of the scheduled delivery of its new aircraft. The airline has experienced a veritable collapse in demand and has made cuts to capacity in March and April by a colossal 65%.

As reported by FlightGlobal.com, Cathay Pacific Group was due to take delivery of 17 Airbus aircraft later this year. Seven A350s were to go to Cathay Pacific, six A321neos to Cathay Dragon and another four A320neos to its low-cost carrier HK Express. Cathay Pacific was also expecting its first Boeing 777x by summer 2020, but this delivery has been delayed by the manufacturer until 2021. A fact that may offer some reprieve to the hard-pressed airline.

At a press conference following the release of its 2019 results, chief operations and services delivery officer Greg Hughes announced that the airline is “engaging all major vendors [particularly] those with whom we’ve large capital programs with large capital outlays this year and next.” 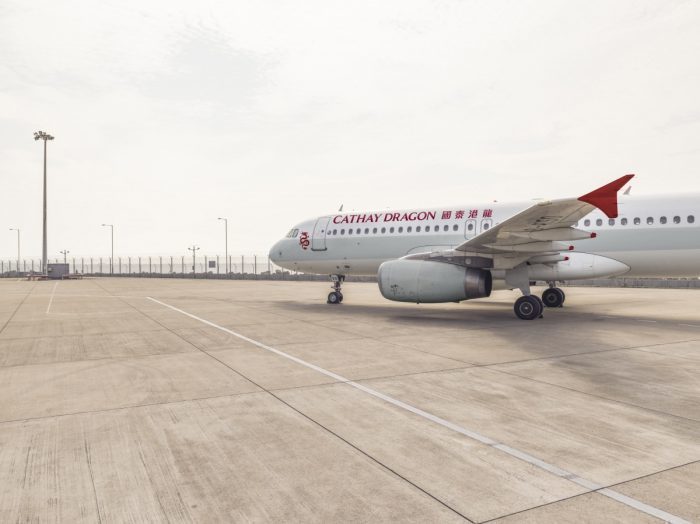 It has been a rough last six months for Cathay Pacific. The airline had already deferred the delivery of the 10 narrowbody New Engine Option planes scheduled for 2020 in November last year. This followed a slowing of demand due to mass-demonstrations and civil unrest in Hong Kong. And then there was the tension in US-China trade relations on-top of that. Profits for 2019 were down by 4.3% year-on-year as a result of the poor performance second half.

Following the outbreak of the novel coronavirus, Cathay Pacific has experienced a veritable collapse in demand. It cut capacity by 30% for February, a staggering 65% for March and April, and warns that more cuts could come in May. It has grounded over 140 aircraft, and staff has been asked to take three weeks of unpaid leave between March and June. As a result of the decline in passengers, it has also retired a Boeing 777-300ER earlier than previously planned.

Just a few days ago, Cathay Pacific suspended flights between Hong Kong and Japan from the 9th to the 28th of March, as a result of new travel restrictions between the countries. Japan announced that it will be imposing a 14 day quarantine period for any traveler from China, and suspend its visa-free regime for Hong Kong passport holders.

The Airport Authority of Hong Kong which runs Hong Kong International Airport has announced a relief package of $206 million dollars (HK$1.6billion) to help the industry reeling from the impact of the outbreak. This includes rental concessions, as well as waiving of fees. Representatives of Cathay Pacific were unimpressed. Chairman Patrick Healy stated at the press conference that while it welcomes this “limited” relief, he believes the measures to be “not sufficient” and unrepresentative of the gravity of the situation.

The financial statement for the 2019 results begins with the sentence “2019 was a turbulent year for the Cathay Pacific Group.” How will the one for 2020 read?