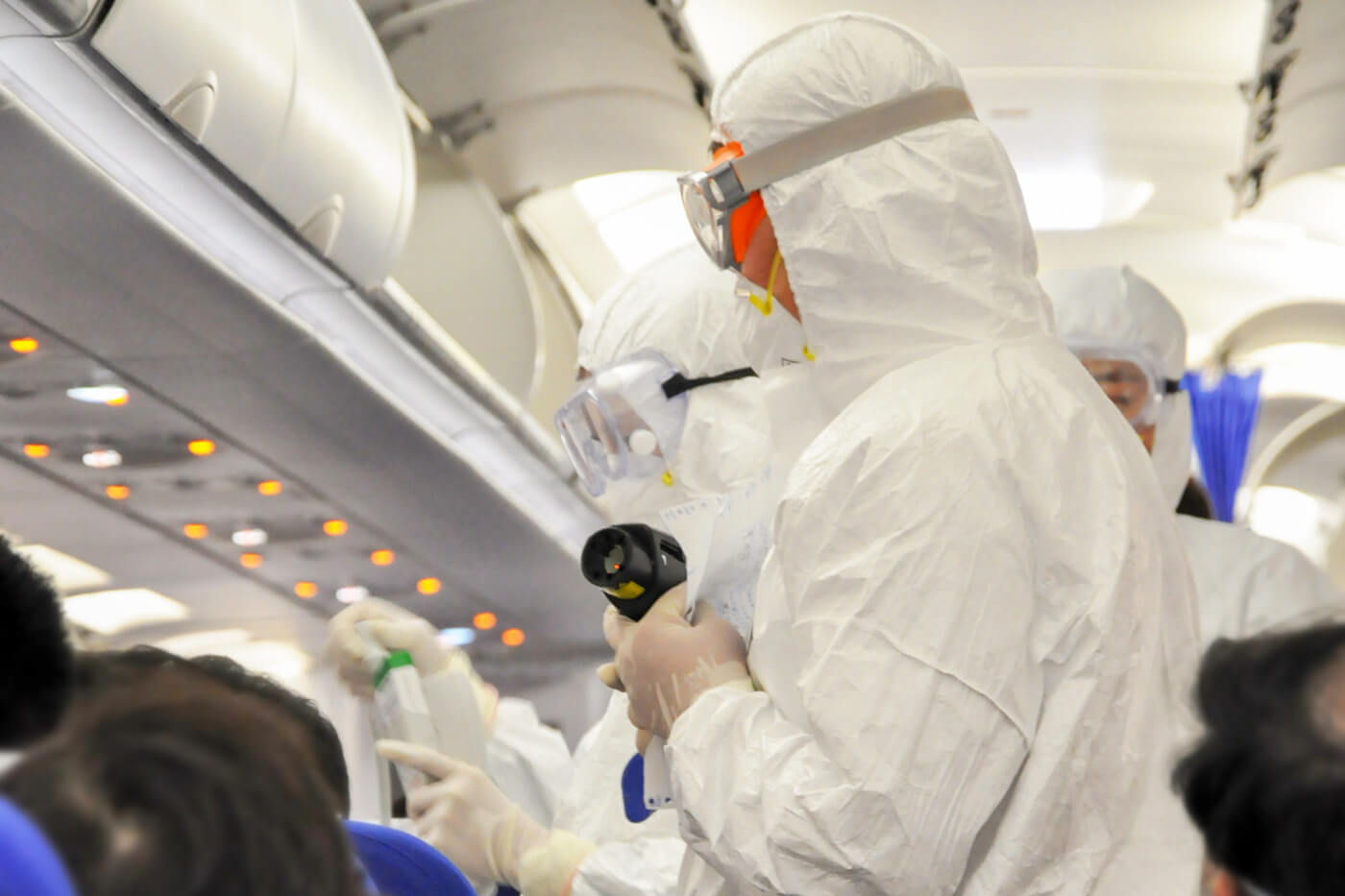 The coronavirus, also known as the 2019-nCoV virus, appeared in Wuhan, China, a city of 11 million inhabitants. Each year, more than 20 million air passengers transit through the city for the celebrations of the Lunar New Year, due to start on January 25, 2020. In total, more than three billion people travel during that period, making the phenomenon the biggest annual migration of humans on the planet.

Asia, the most affected region so far

To prevent a potential spread of the virus, the Chinese authorities have announced that the Wuhan would be isolated from the rest of the world from January 23, 2020, right before the celebrations. The measure includes Wuhan Tianhe International Airport (WUH), whose flights should be interrupted “until further notice”.

However, several other cases have already been detected outside of the Chinese borders.

In Singapore Changi Airport (SIN), the screening was extended from people arriving from Wuhan to all Chinese passengers.

In Thailand, which receives almost a quarter of Wuhan’s international flights, Bangkok, Phuket, Chiang Mai, and Krabi airports are now equipped with thermal cameras to detect syndromes of fever, with affected people being placed in quarantine for at least 24 hours. Around 1300 passengers from China fly to Thailand every day. Four people infected with coronavirus have already been detected.

With “thousands” of visitors expected for the Lunar New Year celebrations, the General Civil Aviation Authority of the United Arab Emirates (GCAA) has announced that travelers from China would be subject to thermal imaging cameras. “The control will be carried out at secure (landing) doors” by medical teams, the GCAA said. Chinese travelers represent a significant share of tourism in Dubai.

No confirmed case in Europe,

China Southern Airlines operates several routes between Wuhan and European airports, where measures have been taken. Upon arrival in London-Heathrow (LHR), passengers are transported to a separate area where they are inspected by medical services. As for those arriving in Rome-Fiumicino (FCO) and Moscow-Sheremetyevo (SVO), they are inspected by thermal cameras during screening.

The only European airline with a direct route towards Wuhan is Air France. On January 22, 2020, Flight AF139 was still carried out by an Air France Airbus A330-200. “We are very concerned,” said Benjamin Smith, CEO of Air France-KLM. “We have not modified any of our procedures and none of our ‘processes’ in China”, he explained, adding that the group remained “in permanent discussions with our partner China Eastern as well as our other partners in China.”

Coincidentally, on January 23, 2020, the Chinese Embassy in France reported being in contact with a resident of Wuhan that recently arrived in Lyon, and bragged on social media about taking antipyretics to pass airport border controls despite showing disturbing symptoms of fever and cough. The authorities have yet to determine if she is or not infected by the 2019-nCoV virus.