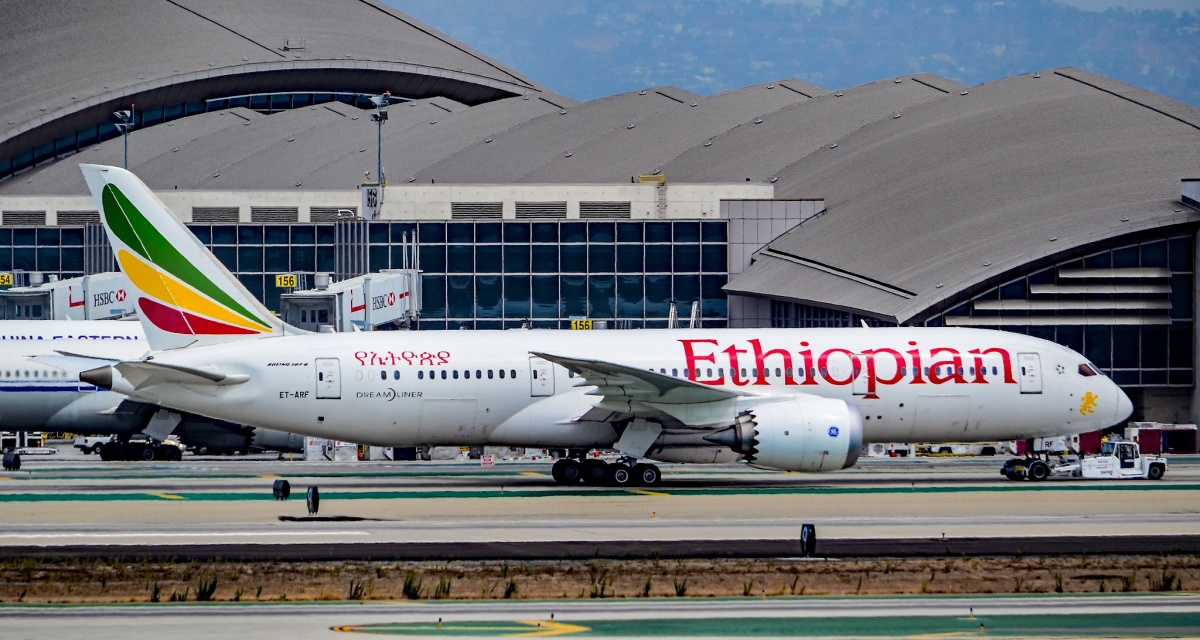 Africa’s leading airline has announced plans to build a brand-new $5 billion mega airport in Addis Ababa. Ethiopian Airlines says it expects to have outgrown its current base at Bole International Airport within the next three or four years.

Ethiopian Airlines announced some exciting news about its future expansion earlier this week.

The airline’s CEO, Tewolde Gebremariam, revealed on Wednesday that plans for a new $5 billion mega airport are currently in the works.

According to reports by Reuters, the new airport will be built 39km south east of Addis Ababa in a town called Bishoftu.

In total the airport will cover a land area of 35 square kilometers and will be able to handle 100 million passengers per year once construction has been fully completed.

Why does Ethiopian Airlines need a new base?

Ethiopian Airlines holds the impressive title of being Africa’s largest airline. But, with a net profit of $260 million last year, it’s also Africa’s most profitable airline.

As expected with such success, the airline has ambitious expansion plans for the years ahead.

Clearly the airline is setting its sights high with the brand-new mega airport. But Ethiopian Airlines completed a significant expansion project at its current base, Bole International Airport, just last year.

On 27 January 2019 a newly-expanded terminal was opened, tripling the airport’s capacity from just 7 million to 22 million passengers per year.

However, 22 million passengers per year is still significantly below the airline’s projected capacity demands.

“Bole Airport is not going to accommodate us; we have a beautiful expansion project. The airport looks very beautiful and very large but with the way that we are growing, in about three or four years we are going to be full.”

With a target capacity of 100 million passengers per year, the Addis Ababa mega airport would immediately become Africa’s largest airport by far.

But Ethiopian Airlines’ new mega airport will still pale in comparison to Turkey’s mega airport in Istanbul, which has an eventually target capacity of 200 million passengers per year.

How will the project be funded?

Ethiopian Airlines may be state owned, as well as being the most profitable airline in Africa, but $5 billion is still a massive investment which will likely require outside financing.

The main source of finance for major projects across Africa in recent years has been China, which is investing heavily in the continent.

The terminal expansion project completed at Bole International Airport last year was financed by the Export-Import Bank of China, a state-controlled bank which funds many projects abroad.

Although the details of funding for the new mega-airport have not been revealed, it is likely, given how previous projects have been handled, that the project will be at least partially funded by China.

Aryatamo has reached out to Ethiopian Airlines for comment on the new airport project, but the airline has not yet been able to respond.