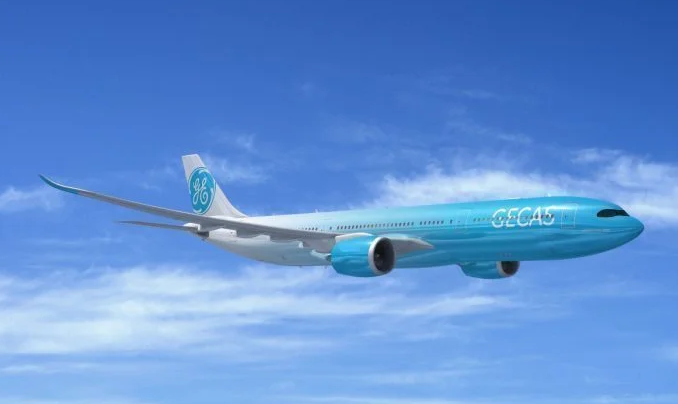 We are used to assuming that if an airline paints an aircraft using its livery and operates it, it must also own it. The topic of aircraft leasing does not get the attention it deserves, given its vitality and prevalence to the airline industry. The incredible financial burden of obtaining brand new aircraft is so significant that virtually all airlines decide to lease at least some of their aircraft. Let’s dive into the functionality of aircraft leasing.

Why would airlines lease their aircraft?

If an airline wants to obtain a new plane, they can either buy it or lease it. Let’s imagine that Qatar Airways is willing to expand its operations and needs a new fleet of 10 Boeing 787s to do so. If they have enough cash or can obtain bank loans, they can purchase the aircraft directly from Boeing.

If Qatar Airways decides to retain cash and chooses to lease, they can reach out to firms that specialize in commercial aircraft leasings, such as Avolon or GECAS. Assuming that Qatar Airways will also receive a discount of 35% from GECAS, they will now only have to pay $78 million per year for all 10 of the 787s.

If we imagine that the leasing contract will last for around 20 years, its total value would be around $2.34bn. In that way, GECAS can make a profit by leasing their airplanes, while Qatar Airways manages to reduce its cash expenditures and retain liquidity in its business.

There is a huge variety with regards to types of leases and deals that airlines can make with the lessors. Firstly, we should distinguish between wet, dry and damp leases.

An example of a dry lease is the one described above, where a commercial airline takes aircraft from the leasing company for a set period of time. In most cases, the aircraft remains with the leasing company and the airline operates it using its own crew. It is the most commonly known type of lease.

Wet leases, also known as ACMI, occur more ad-hoc when an airline demands additional aircraft to fill the gaps in their network. The name ACMI stands for Aircraft, Crew, Maintenance, Insurance, as all are provided by the lessor. Demand for ACMI deals was particularly strong once a portion of the global 787 fleet become grounded due to their Trent engine issues. These are usually short term and total contract values are much less significant than those of dry leases.

Damp leases, particularly popular in the UK, are when the lessor (like Air Belgium) provides the aircraft, flight crew, and maintenance, while the lessee provides the cabin crew.

Other deals can take place between airlines and aircraft lessors. A famous example is a sale-and-leaseback deal. Those occur subsequently through aircraft purchase by the airline when said carrier sells its planes to a leasing firm and leases them back. The most common reason for such transactions is to free up capital and obtain cash.

Financially troubled carriers are more likely to do such deals, as cash becomes more valuable for their short term survival. Over the coming months, we could see a significant amount of such deals taking place. Their size and will only be constrained by the financial stability of the leasing companies. With airlines desperately grasping for cash, leasing firms with strong books can score some very beneficial contracts.

The significance of leasing today

Under normal circumstances, leasing allows airlines to reduce their indebtedness, cash retention, and greater financial agility. Paying a small fraction of the aircraft’s value each month is a vital part of many airline strategies. It is the only fleet financing solution that allows a dynamic expansion without huge capital expenditures, which many airlines have recently benefitted from.

Wizz Air wouldn’t have had achieved its impressive 253% growth in passenger numbers over the last eight years if it wouldn’t have leased 100% of its fleet. Recent, dynamic growth of LOT Polish Airlines, IndiGo, GOL or Vueling was also fueled by aircraft leases. These carriers now have over 70% of their planes leased.

If leasing provides airlines with so many benefits, why would any airline even consider purchasing aircraft on their own? Well, actually, owning aircraft makes sense too. Firstly, once the airplane gets grounded, either due to a network planning issue, or a global pandemic, the airline does not have to continuously pay for its lease, as it owns it outright.

Additionally, purchasing aircraft directly from manufacturers usually results in a lower total cost per aircraft obtained. In times like today, airlines such as Lufthansa, which owns 80% of its fleet, can encumber their aircraft, that is to obtain loans using their aircraft as collateral. This option is so vital given current circumstances. Many carriers globally currently do not have such an option.