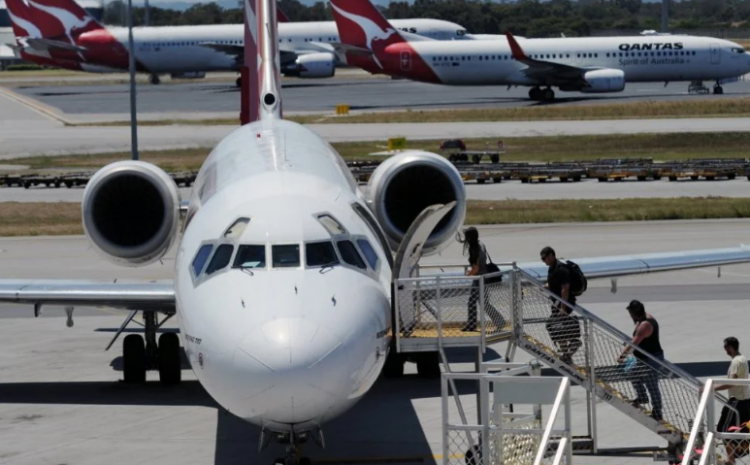 Originally known as the MD-95, the Boeing 717 was first delivered in 1999 and designed for the 100-seat market. In fact, the 717 wasn’t actually built by Boeing. Rather, it was an aircraft developed by competitor McDonnell Douglas. However, Boeing adopted the aircraft into its portfolio when it acquired McDonnell Douglas in 1997.

The Boeing 717, or MD-95 as it was first known, was designed to be an update of the popular DC-9 aircraft built by McDonell Douglas in the 1960s. However, it was re-branded as the 717-200 to bring it into line with the rest of Boeing’s products.

As the DC-9 was designed to serve short to medium routes, primarily to smaller airports with shorter runways, the 717 was meant to do the same. Thus, accessibility a key characteristic in the aircraft’s design.

Production of the aircraft began in 1998. This is what Boeing had to say when marketing the aircraft:

“[The 717] resembles the DC-9 in size, range, and performance, and retains many of the structural design characteristics that earned the DC-9 a reputation for superior reliability… Incorporated in the 717 are several advanced systems that enhance flight operations and improve maintainability.” 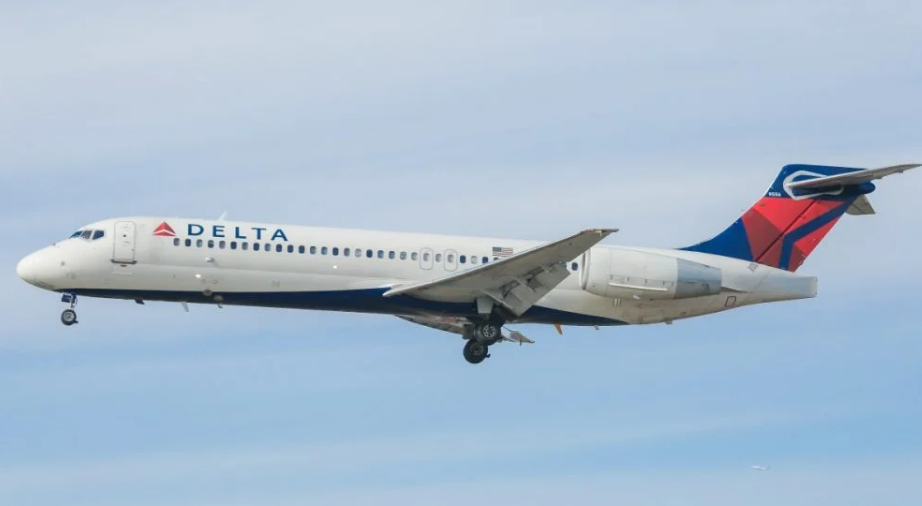 According to Boeing, the 717-200 can seat 106 passengers in a two-class configuration, and 117 in a single-class configuration. With a range of 1,570 nautical miles, the aircraft was specifically designed for low-cost and reliable short-haul, high-frequency service.

The aircraft began to fly in 1999 with US carrier AirTran on routes such as Atlanta-Orlando and Atlanta-Baltimore. In a short period of time, the aircraft was embraced by customers for its excellent economics, performance, and reliability. However, convincing airlines to order the aircraft in the first place was the hardest part.

According to Business Insider, although the 717-200 carried the Boeing name, it was still a plane designed and engineered by a different company with differing philosophies. Therefore, the 717 was something of an orphan that didn’t belong to any other Boeing family of aircraft. 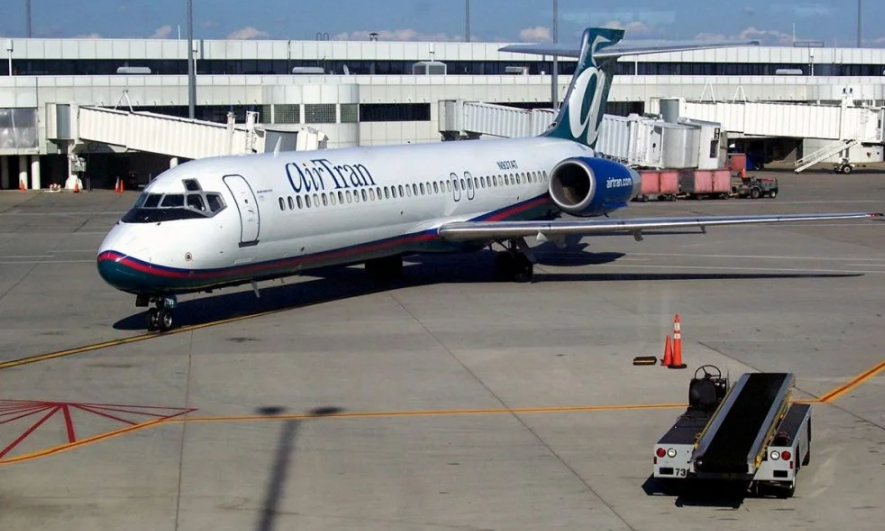 Because type commonality is so important in fleet management, it was difficult to convince airlines to purchase an aircraft that would have required completely different training for operation and maintenance.

The release of the 717 was also unfortunately timed as surging fuel prices and the terrorist attacks of 2001 hit the airline industry hard. As a result, many of the 717’s potential customers were in no financial position to buy any new aircraft. Airlines who were looking to buy new aircraft favored the better economics of planes like the Boeing 737NG or the Airbus A320.

Loved by its customers

Those who did have the opportunity to purchase the 717 fell in love with the jet. “They’re brilliant aircraft. Anyone who has them wants more of them,” Qantas CEO Alan Joyce told Business Insider. Hawaiian Airlines CEO at the time, Mark Dunkerley shared the same perspective, saying “It’s great little secret. For what we do here in Hawaii, there’s no better aircraft built today or even on the drawing board.”

For Hawaiian Airlines and its operations, the 717 was particularly important. The nature of Hawaiian’s short-haul network was exactly what the 717 was designed for: low-cost and reliable short-haul, high-frequency service.

The 717 was able to access the small, remote islands of Hawaii that larger narrowbody jets couldn’t. Furthermore, with just over 100 seats, the aircraft could carry more passengers than smaller regional jets and turboprop aircraft.

Why are airlines keeping it?

At around 15-20 years old, why are airlines keeping the small twinjet in their fleets? The answer is fairly simple: up until recently, the 717 had served a market that was neglected by manufacturers.

Boeing and Airbus had both neglected the 100-150 seat market in favor of larger aircraft that had higher profit margins. On the other end, regional jet manufacturers Bombardier and Embraer had largely focused their offerings on smaller jets in the 50-80 passenger capacity segment. 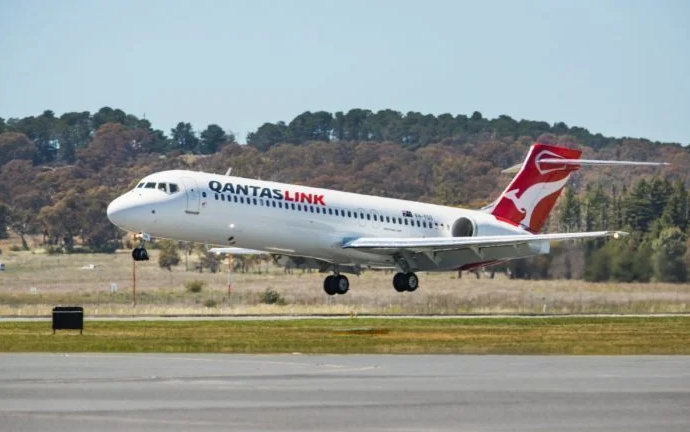 Therefore, for certain airlines, the 717 has been absolutely perfect for the markets they are serving. This combined with their reputation for being well-built, highly-reliable workhorses, mean that the aircraft are absolutely worth holding on to.

Today, Delta operates roughly 60% of all 717s ever made. It currently has 88 in its fleet. Next to this are Qantas and Hawaiian – both operating 20. None of these airlines have plans to retire their 717s anytime soon.

In fact, even though it operates the similar-sized Airbus A220-100, reports suggest that Delta plans to keep its 717s through 2030. Hawaiian will continue to fly them through to at least 2025. 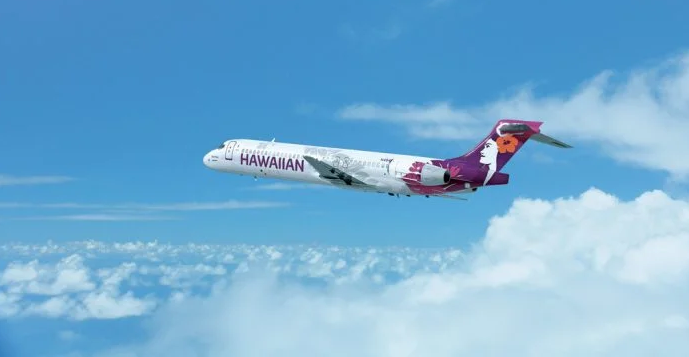 “These guys keep begging me to give them more 717s…But that is era over and it’s not going to happen,” Dinesh Keskar, Boeing’s senior vice president of sales for the Asia Pacific and India, told Business Insider.

Boeing built a total of 156 717s before it ended production.