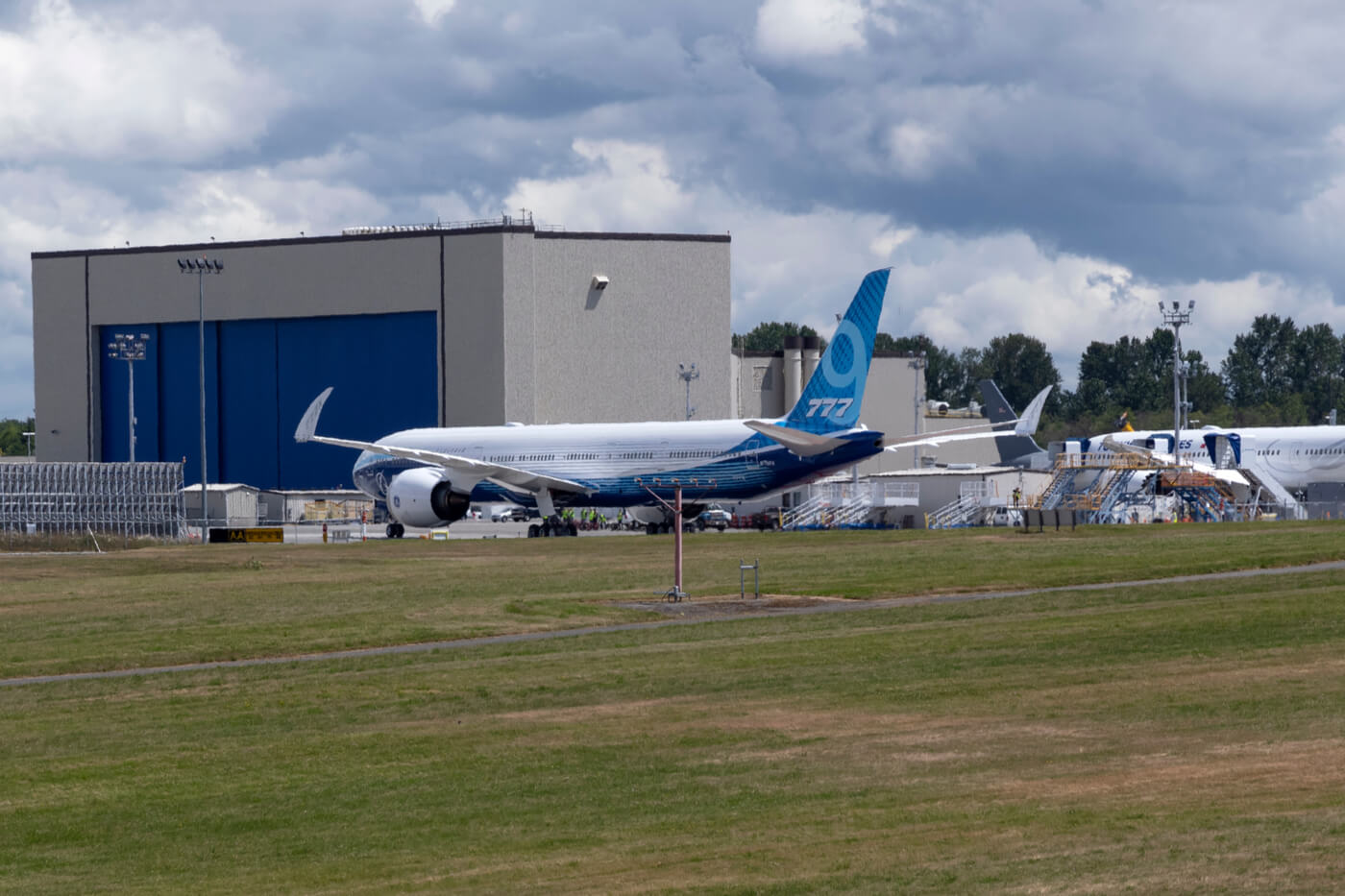 The development of the Boeing 777X, the manufacturer’s first new airliner since the ill-fated 737 MAX, is moving ahead. The first twin-engine jet to be able to carry more than 400 passengers might take to the skies for its maiden flight as soon as the end of the week, media reports indicate.

In particular, the first test flight of the 777X in Seattle might come as soon as on Thursday or Friday, depending on weather conditions, Reuters reports, citing two industry sources, on January 21, 2020.

While the manufacturer does not reveal the date as of yet, this is not the first publication indicating that the first test flight of the 777X is coming sooner rather than later. The aircraft left the paint shop on January 7 and was moved for primary flight control system testing, ahead of the first flight due to take place the same month, the Airline Ratings reported on January 11, 2020.

Previously, the airliner was expected to have it’s first go for the skies in the middle of 2019, around the time of the Paris Air Show (June 17-23, 2019). However, problems in the development of the massive GE9X engine, purpose-designed for the new jet, pushed the schedule by several months. The power plants were finally installed on the 777X in December 2019.

In September 2019, a cargo door on a Boeing 777X static test plane “blew out” during a ground stress test. The fuselage of the test aircraft suffered a high-pressure rupture just as it approached its ultimate load required to certify the jet. However, the incident had no significant impact on the overall test program schedule, Boeing insisted at the time.

The biggest drawback that could potentially threaten the schedule of the development program might still to come. Following two fatal crashes the subsequent world-wide grounding of the Boeing 737 MAX family, the U.S. manufacturer was put under the magnifying glass. It is not yet clear how the shortcomings detected in the MAX development would affect its future aircraft programs. The 777X is the first new aircraft developed by Boeing since the infamous 737.

The Boeing 777X, a successor to the manufacturer’s previous Triple Seven aircraft models, is to have a spectacular characteristics: besides huge folding wings (the first of the kind on commercial passenger aircraft) and engines as wide as the body of a Boeing 737, it is going to be the first twin-engine jet to be able to carry more than 400 passengers.