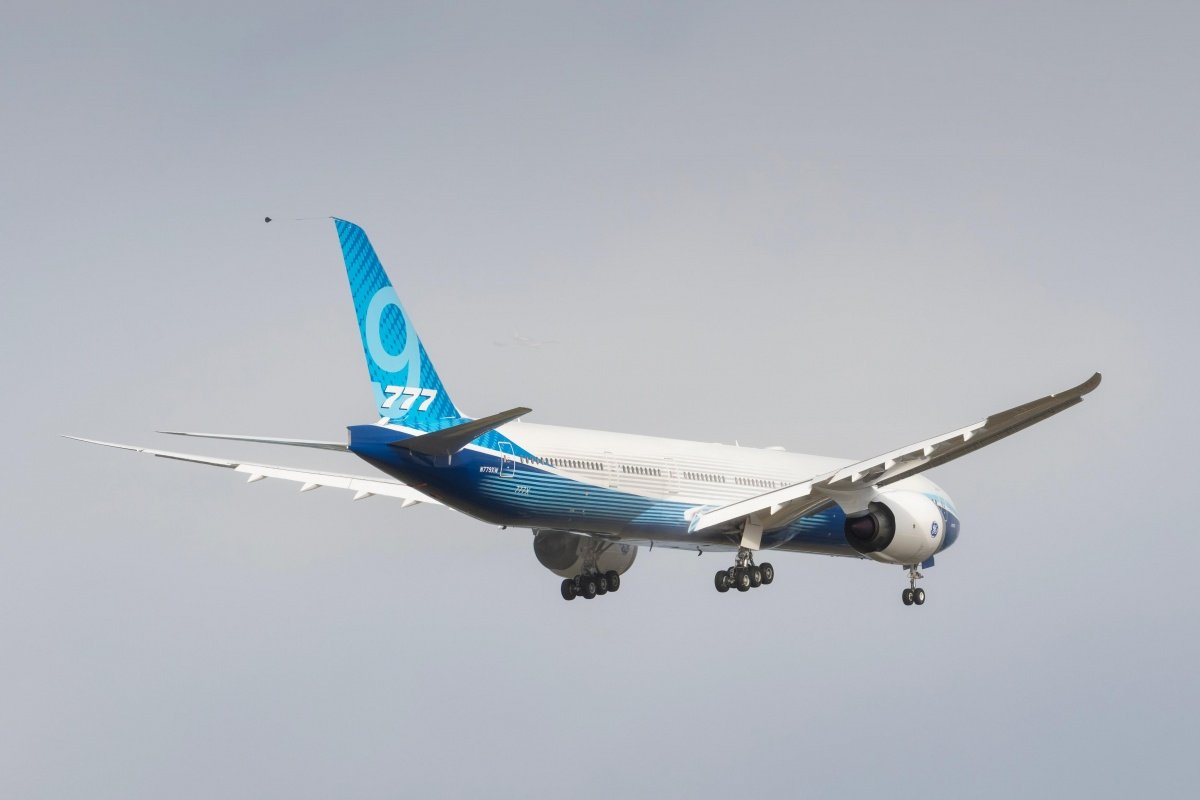 The 777X is safely back on the ground

The shiny new Boeing 777X took off from Paine Field earlier today, at 10:09. After takeoff, the flight headed south-east, initially ascending to an altitude of 15,000 feet. It then turned to fly west in the direction of Spokane. The aircraft then flew north-east for a while before performing a series of turns. Once this was completed there was just time to do a loop of Mount Rainier before landing at Boeing Field, just down the road from Paine Field where the aircraft took off.

Finally, the aircraft touched down at Boeing Field in Seattle at 14:00, to a warm reception from the crowds of spectators waiting for its arrival. But the spectators weren’t just in Washington. During the takeoff, the number of viewers on the livestream surpassed 48,000!

What does this successful test flight mean for Boeing?

While seeing the first 777X take flight for the first time ever will be a huge highlight of this year’s aviation calendar, it’s also put to bed a lot of the speculation around problems with the program. Problems with the GE9X engines and other issues are clearly ironed out, and Boeing can begin to repair its reputation.

However, while today was a landmark victory for the team at Boeing, it also marks the start of a very long and arduous journey to getting the type certified. Ted Grady, one of Boeing’s test pilots, elaborated on the onward journey of the 777X towards certification. During the livestream of the takeoff event, he said,

“This is a great day, it’s a big milestone, but really it’s just the first day of the flight test part of the program. This first flight is really where we start to clear the envelope. Once we have initial airworthiness completed we’ll then do Boeing development testing, and then we’ll eventually have the FAA on board and can start the certification testing.

“There are four flight test airplanes that are in the inventory. Eventually, they’ll all be flying and they’ll be flying to all parts of the world.”

Clearly, this is the beginning of a long road for Boeing, but it’s a historic day nevertheless. Were you watching the takeoff and landing of the Boeing 777-9 today? What did you think? Let us know in the comments.