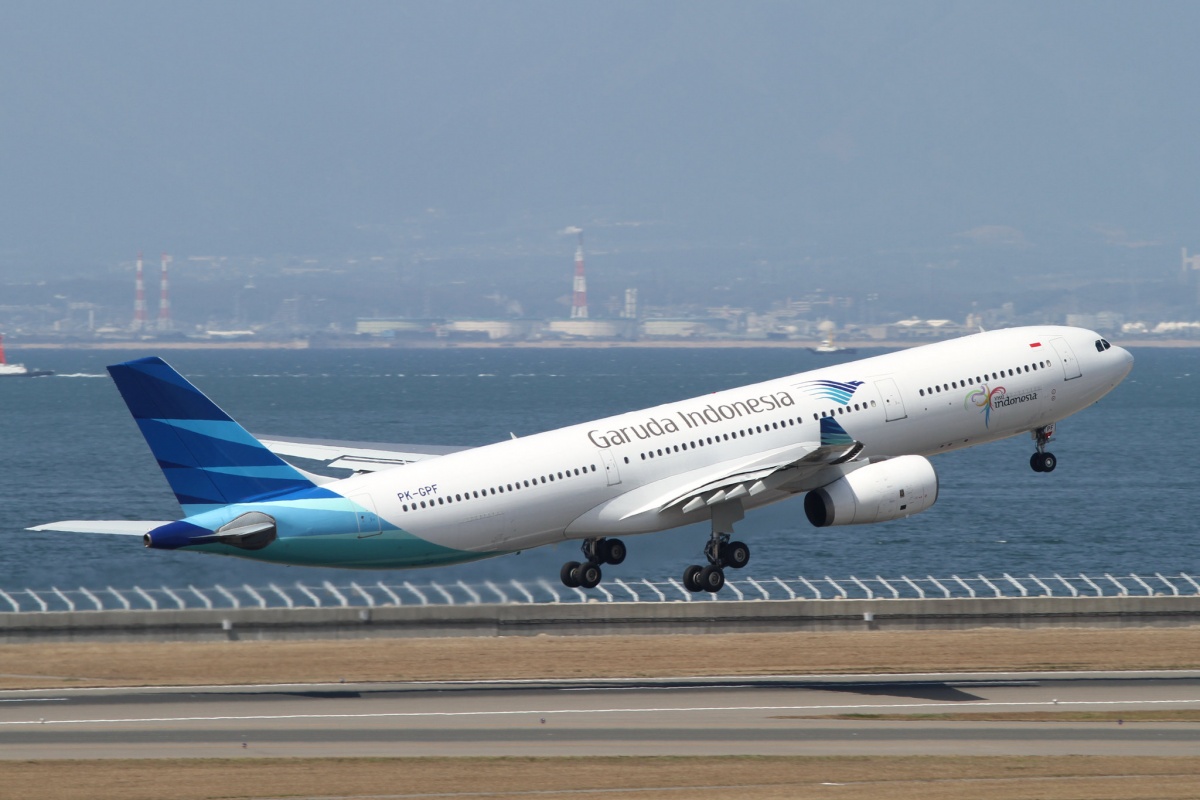 An interesting incident happened on a flight in Indonesia over the weekend. A family was detained upon arrival in Denpasar after flight attendants overheard a husband and wife complaining about the airline.

As reported in View From The Wing, Jessica Wijaya was flying on Garuda from Jakarta to Denpasar on Saturday 4 January 2020 with her husband and three kids.

Apparently, the flight was held up on the tarmac for 50 minutes and one of her kids needed to use the toilet. The Wijaya’s have two toddlers and a newborn. Ms Wijaya’s husband asked a flight attendant if they could use the toilet but the flight attendant said no. The kid started to gripe about his stomach and the husband started to gripe about the airline.

Anyhow, at least one flight attendant overheard the complaints between husband and wife and the complaints seemed to have made their way up to the captain in the cockpit. The captain was underwhelmed (the airline was ‘insulted’) and had them held for several hours as the family (presumably now all happily toileted) were picking up their bags at the carousel after the flight landed.

At the carousel, the Wijaya family were met by the Captain, some of the flight attendants, and a few aviation security officers. The Captain ordered the family detained, saying he was acting on behalf of Garuda’s director of operations.

“After the flight, my family including 2 toddlers + one newborn was arrested by a Garuda pilot in a super mafia style.”

As the Captain left the family with security officers, Ms Wijaya allegedly said she’d be calling a buddy of hers, prominent local business identity Chairul Tanjung, who is on Garuda’s board of commissioners.

According to Ms Wijaya, the family was held for three hours before being cut loose. Where they were held is unclear – presumably not at Kerobokan. Ms Wijaya, like any self-respecting young woman, expressed her displeasure on Twitter.

I just had the most unpleasant experience ever. @IndonesiaGaruda. Still waiting by follow-up dari Pusat. Nanti sometime next week gue share kronologinya. Just keep in mind, next time lo travel by Garuda pilot mereka bs nahan kalian keluar airport for 3 hours for no reason at all.

Garuda is remarkably sensitive about criticism – which is ironic as this particular airline usually leaves itself wide open to criticism. Last year, the airline banned amateur photography onboard after one less than glowing online review. And as Gary Leff in View From The Wing notes, if you started detaining people who criticised an airline, entire countries would be denuded of their populations. I’d be doing life in some hellhole somewhere.

And it seems Ms Wijaya isn’t one of the hoi polloi. The lady is connected. Her complaints got a swift response and a grovelling apology from Garuda. Indonesia’s Minister of Tourism even got involved, issuing a statement decrying the Captain’s behaviour. Garuda’s acting director, Fuad Rizal has said;

“Garuda Indonesia is currently investigating the pilot to determine whether they abused their power.

We are in touch with the passenger in our effort to resolve the matter as best as possible.”

It’s a bit of a PR dump for Garuda, seemingly run by a lady who knows a thing or two about getting her side of the story out there. It follows a string of bad press for the airline. In addition to the no photographs rule, the airline’s on and off services to London have become a running gag, the airline’s former boss was sacked in December 2019 for smuggling motorbike parts and bicycles on flights and there was the woefully underreported 2019 prostitution scandal between Garuda bosses and flight attendants.

Simple Flying has approached Jessica Wijaya to get some more details and context. If we hear back from her, we’ll update. In the meantime,  if you are on a Garuda flight today, save the complaints until you’re off the plane and safely outside the terminal.