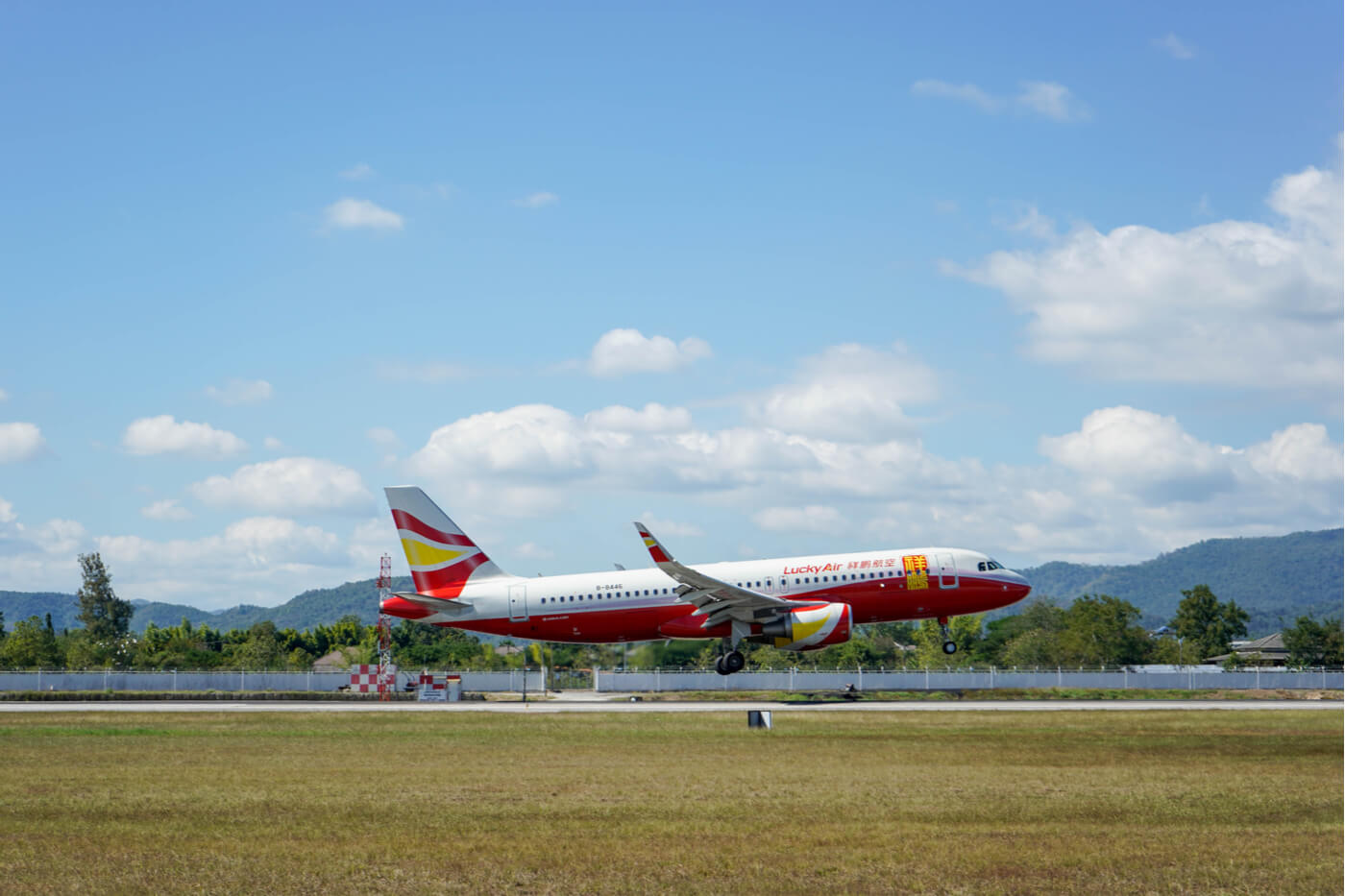 A first time flyer boarding Lucky Air flight took an extra step to ensure the flight goes well and smoothly. Unfortunately for the passenger, throwing coins at aircraft engine is not seen as a good way to ensure flight’s safety in aviation. In fact, it is quite the opposite. The passenger was ordered by a court to pay-up approximately $17,000 for the airline in compensation.

In February 2019, a 28-year-old man was due to take a domestic flight in China onboard Lucky Air Airbus A320neo. The flight 8L9960 was to take off from Anqing Tianzhushan Airport (AQG) to Kunming Changshui International Airport (KMG).

To ensure some extra good luck, as the passenger explained later, he tossed some small coins at the aircraft engine. The coins were noticed by ground crew on the ground near one of the engines. Consequently, the flight was cancelled, passengers deplaned and the aircraft taken for inspection.

The 162 passengers from the (un)lucky flight 8L9960 were taken on replacement flights, some flew out only the following day. On another hand, the traveler who tossed the coins faced a longer hold-up: he was detained by the police for ten days, charged with disturbing public order and sued by Lucky Air for damages in a civil case.

Initially, the budget carrier estimated that the incident cost it over $20,000 (140,000 yuan). In court, it was asking to compensate over $17,600 (123,000 yuan). The defendant, on the other hand, claimed that the airline should have warned passengers beforehand that throwing coins at aircraft engine is not allowed. The Yixiu District People’s Court in Anqing sided with the airline, ordering the superstitious passenger to pay over $17,000 (120,000 yuan) in damages for the airline.

The ruling was issued in July 2019. The passenger reportedly appealed the decision, but later withdrew the appeal. The ruling became known publicly just recently, when it was published online.

Throwing coins for good luck is a strongly held belief in China. Therefore, the aforementioned passenger is not the only one who had tried to charm their flight using this method.

In 2019, at least five similar incidents were reported by the media in China, including an incident in March 2019, when two female Lucky Air passengers delayed domestic flight from Jinan to Chengdu by throwing coins. Famously, two elderly passengers made headlines for the very same reason in 2017, including a person flying with Lucky Air from the very same location in Anqing.

Lucky Air is a low cost carrier, a subsidiary of Hainan Airlines Group. It operates a fleet of 57 aircraft, including six Airbus A320neos.

Airbus A320neo can be equipped with either the PurePower PW1100G-JM engines from Pratt and Whitney or the LEAP-1A engines from CFM International. Lucky Air uses LEAP-1A for its A320neos.