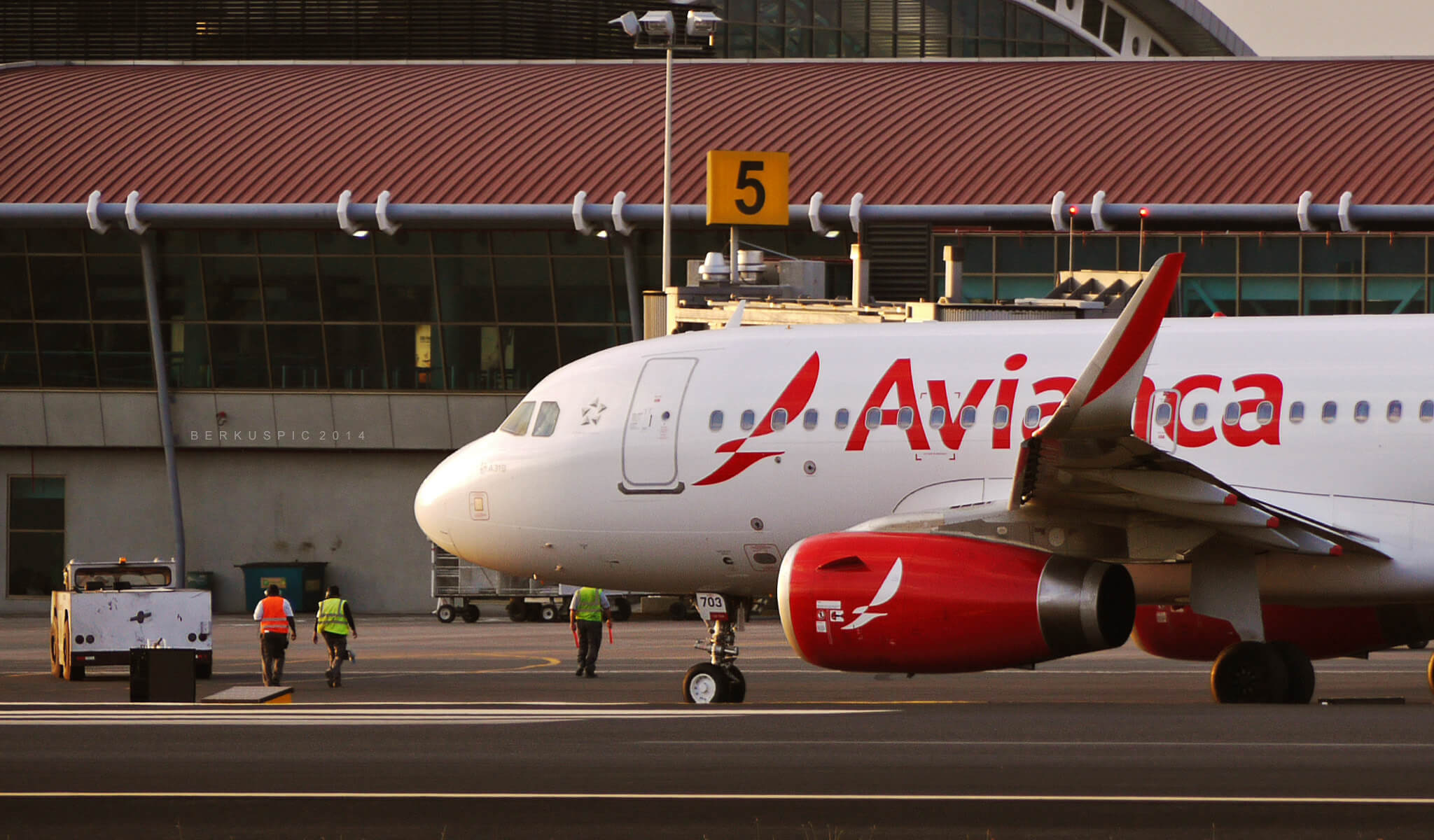 An Avianca flight declared an emergency after suffering a sudden loss of altitude that injured eight people on board.

The flight AV693 from San José-Juan Santamaria International Airport (SJO), Costa Rica, to Bogotá-Eldorado Airport (BOG), Colombia, was carried out by the Airbus A319-100 registered N703AV, with 108 passengers and five crew members on board.

Nearly two hours into the flight, as it was over Panama and the cabin crew was serving food and beverage onboard, the aircraft entered into a sudden descent of about 731 meters (2,400 feet), according to flight data.

With several injuries reported, the flight crew decided to declare an emergency and diverted to Panama City (PTY). In total, eight people received medical help. “A passenger and three crew members were transferred to the hospital for a detailed medical evaluation,” Avianca said.

Pictures taken from the cabin show a fractured ceiling, blood splatter on the overhead compartment, and damaged toilets.

The reason for the loss of altitude is unknown and will be investigated. The captain reportedly received an alarm from one of the plane’s systems. The A319-100 N703AV has been operating for 7 years. The aircraft has been grounded in Panama City pending technical review, while the passengers were transported to their final destination ‒ Bogotá ‒ on other Avianca flights.

The Boeing NMA is dead. Long live the NMA?