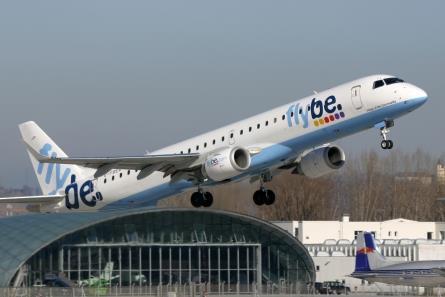 UK pilots are alarmed and dismayed over indications that regional operator Flybe is holding urgent discussions over funding.

The airline has so far refused to disclose details of the situation, or even confirm any reports, stating that it does not comment on “rumour or speculation”.

But UK pilot union BALPA’s leader, general secretary Brian Strutton, says he is “appalled” that the future of the airline is “being discussed in secret”, excluding its employees and their representatives.

UK broadcaster Sky News first reported on 12 January that the airline was holding funding discussions, including exploratory talks with the government, with accountancy firm EY on standby to handle any filing for administration.

The regional airline’s shareholders accepted the takeover agreement in February last year, after the company laid out that the alternative was a winding-up process.

Under the takeover plan Flybe is to be rebranded as Virgin Connect.

But the company has yet to clarify the airline’s situation, while BALPA is demanding “immediate talks” on the carrier’s future.

“This is an appalling state of affairs and we demand that the owners of Flybe [and] the government departments involved stop hiding and talk to us about Flybe,” insists Strutton.