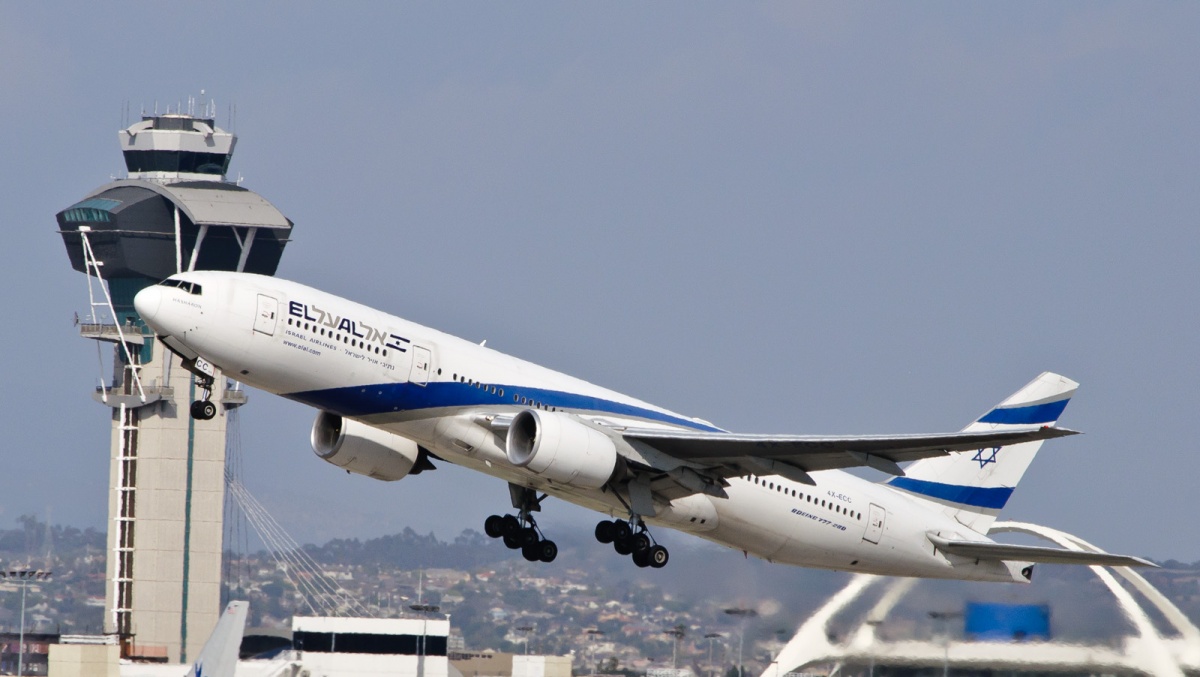 Crews on an El Al Israel Airlines flight were forced to divert on Thursday 10th January 2020 after passengers noticed a burning smell in the cabin. The Boeing 777-200 aircraft landed in Canada for inspection without casualties. However, the incident left passengers stranded and seeking humanitarian aid.

El Al Israel Airlines flight LY26 was traveling from Newark, New York to Tel Aviv, Israel when it came into difficulties over the Atlantic Ocean. The aircraft left Newark (EWR) at 20:04 local time and was expected to arrive in Tel Aviv at 13:20. However, nearly three hours after the flight had left New York, it was back on the ground at Halifax Stanfield International Airport. This was the closest major airport available at the time.

Why did LY26 make the stop? Passengers alerted crew to the smell of smoke filling the cabin of the Boeing 777-200. Once the fear was raised, the crew decided that the best course of action would be to return to land rather than continuing the nine-hour long journey.

Passengers were disembarked by crew and went on to hotel accommodation whilst the aircraft underwent checks.

What was the problem?

The aircraft landed at Halifax for a full inspection however initial findings did not suggest any major cause for concern. In a statement, the airline said that the issue had originated from the back of the plane, in the kitchen area. Although it didn’t elaborate on the precise cause of the incident.

“El Al’s flight from New York (Newark) to Tel Aviv had to land in Halifax, Canada, due to the smell of smoke from the back kitchen area of ​​the plane. All passengers are being taken care of by company representatives and we apologize for any inconvenience caused to our customers.”

But it wasn’t just the grounding of the plane that was inconvenient. It was more to do with the fact that El Al refuses to operate on the Shabbat. The Jewish faith airline does not offer flights between sundown on Friday until after sundown on Saturday. And, for these passengers, that was just the window in which they were traveling.

Had the airline operated a replacement flight for these passengers, it would have operated within the hours of the Jewish holy day. Therefore, the airline decided to offer hotel accommodation to these passengers instead.  But there was another act of goodwill which came from Chabad samaritans.

Passengers on flight LY26 were offered help from various organizations which are part of the Chabad humanitarian aid movement within the Jewish community. According to Live and Let’s Fly, Chabad of Halifax was the first to offer aid followed by two other organizations which offered Kosher foods to the passengers stranded in Halifax.

So, what happened to the aircraft? According to FlightRadar24, 4X-ECC was scheduled to leave Halifax on 10th January 2020, however that appears to have been postponed. The aircraft is now operating flight LY026 and departed at 01:53 UTC on 12 January 2020 from Halifax. It will arrive in Tel Aviv at 10:30 UTC. The exact issue with the aircraft is still unknown.

What’s your reaction to this story? Let us know in the comments below!