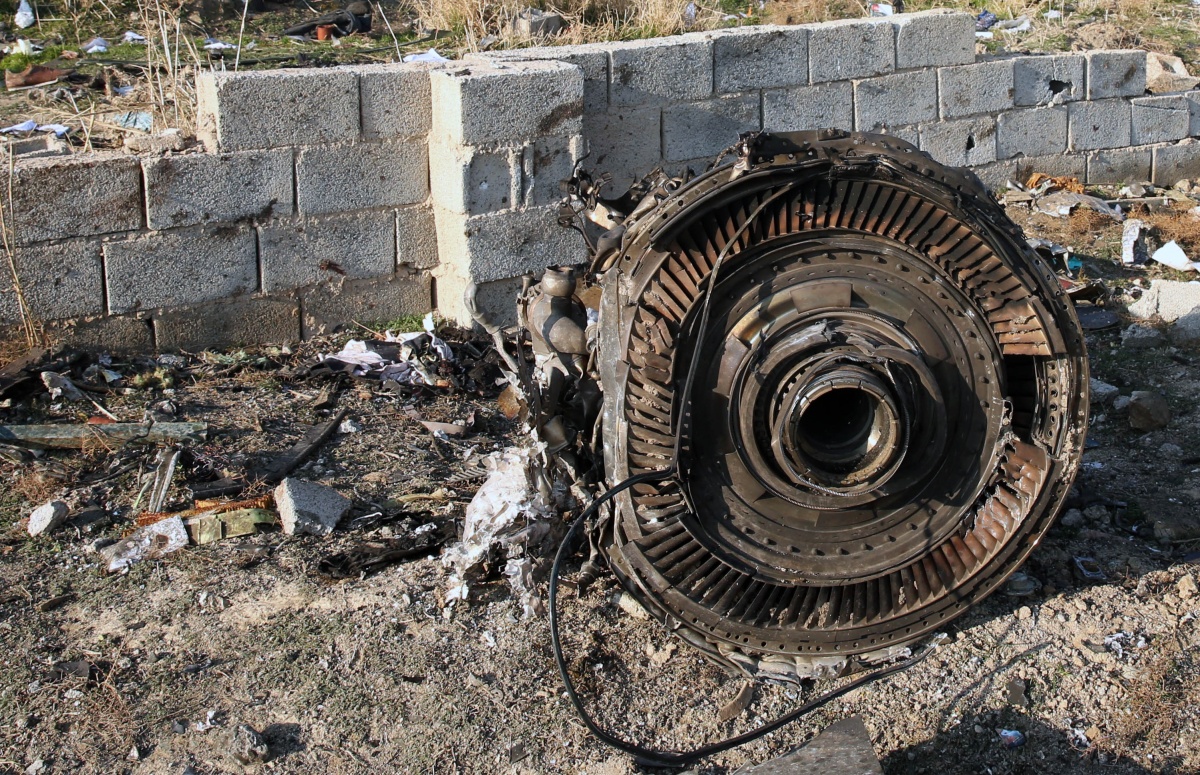 Early this morning, a Boeing 737 operating for Ukraine International Airlines crashed minutes into the flight. The aircraft was leaving the capital of Iran, Tehran, to fly to Kiev. However, six minutes after taking off, the plane appeared to burst into flames and crashed. 167 passengers and nine crew members were killed. Here’s what we know so far.

The aircraft being used was a three year old Boeing 737-800, an aircraft with a solid safety record and unrelated to the 737 MAX. The airline has stated that it last underwent maintenance just days ago, on the 6th January.

Debris and engine parts were strewn across a field. Video shared on social media shows a burning fireball dropping from the sky. However, this footage is unverified, so should be taken with a pinch of salt.

According to the Telegraph, the pilot had tried to steer the aircraft towards a football field as it dropped from the skies, in order to avoid built up areas. His actions potentially saved many more lives from being lost.

As with any crash of this magnitude, all onlookers are suddenly armchair air crash investigators. The degree of speculation ranges from the aircraft being shot down by a surface to air missile to an engine bay fire that spread to the rest of the plane.

Also under consideration is the idea that the aircraft was shot down. Some speculators say it could have collided with a US drone, with locals saying there were many in the area following the missile strike on US bases in Iraq. It has even been suggested that perhaps a bomb was detonated on board.

“Tehran airport is anything but a simple one. Therefore, for several years UIA has been using this airport to conduct training on Boeing 737 aircraft aimed at evaluating pilots’ proficiency and ability to act in emergency cases. According to our records, the aircraft ascended as high as 2400 meters. Given the crew’s experience, error probability is minimal. We do not even consider such a chance.”

The cause of the crash will likely take weeks, if not months, of meticulous investigation before anyone can say for sure what happened. Both black boxes have been recovered from the scene, which should help, but it’s still going to be a very long process before anyone knows what really went on in the skies above Tehran.

The situation in Iran is a tricky one right now. Heightened tensions with the United States could make it awkward for investigations to proceed in a well thought out manner.

In theory, there could be several parties involved in the investigation. Iran and Ukraine will clearly want to be involved, in fact Reuters reports that Ukraine will send a team of experts to Tehran later today. President Volodymyr Zelenskiy  told the press,

“Our priority is to establish the truth and those responsible for this terrible catastrophe.”

In addition to these obvious parties, there could be a number of others who want to get involved. Boeing, as the maker of the plane, will be keen to clear its name, and would often be involved in supporting such an investigation.

The National Transportation Safety Board (NTSB) in the US would usually get involved too. In addition, there were passengers of many different nationalities on board the flight, including a large number of Canadians, therefore the governments of those nations will be keen to be involved. However, in this case, it might not be that easy.

Iran has been reported by the Guardian as saying it will not hand over the so-called ‘black boxes’ from the jet. Commenting in the moments after finding the black box flight recorders, head of Iran’s Civil Aviation Organization, Ali Abedzadeh, said,

“We will not give the black boxes to the manufacturer (Boeing) and the Americans.”

He went on to add,

It’s not yet clear which country the black box will go to for the investigation. This accident will be investigated by Iran’s aviation organisation but the Ukrainians can also be present during the incident’s investigation.”

What the airline has said so far

Simple Flying received a statement from Ukraine International Airlines regarding the incident. It said,

According to preliminary data, there were 167 passengers and 9 crew members on board. UIA representatives are currently clarifying the exact number of passengers on board.

Passenger lists will be posted on the airline’s website after final confirmation of their presence on board of the aircraft.

The airline expresses its deepest condolences to the families of the victims of the air crash and will do everything possible to support the relatives of the victims. With immediate effect, UIA has decided to suspend its flights to Tehran until further notice.

As at 09:30hrs, UIA in close cooperation with the aviation authorities, takes all measures to determine the causes of the air accident. In parallel, the airline will be contacting the relatives of the passengers, providing all possible assistance in the current situation.

The flight was operated on a Boeing 737-800 NG aircraft (registration UR-PSR). The aircraft was built in 2016 and delivered directly to the airline from the manufacturer. The last scheduled maintenance of the aircraft took place on 06 January, 2020.

The airline has also issued guidance to passengers who were planning to travel to or from Tehran. In it, UIA says that passengers will either be rerouted, where possible, or offered a full refund.

The crew on board

UIA has released the names and details of the flight crew. These are as follows:

The cabin crew was made up of six flight attendants. These were:

The airline has said that, due to the complexity and duration of this particular service, the aircraft was operating with an ‘enhanced’ flight crew. Simple Flying sends its condolences to all the family and friends of the crew who lost their lives in this tragedy.

Along with the crew, Ukraine’s foreign minister, Vadym Prystaiko, has confirmed the nationalities of the passengers on board. He said that there were 82 Iranians, 63 Canadians and 11 Ukrainians on board, as well as 10 Swedish passengers, four Afghans, three Germans and three British nationals.

Simple Flying sends heartfelt condolences to all affected by this catastrophe.