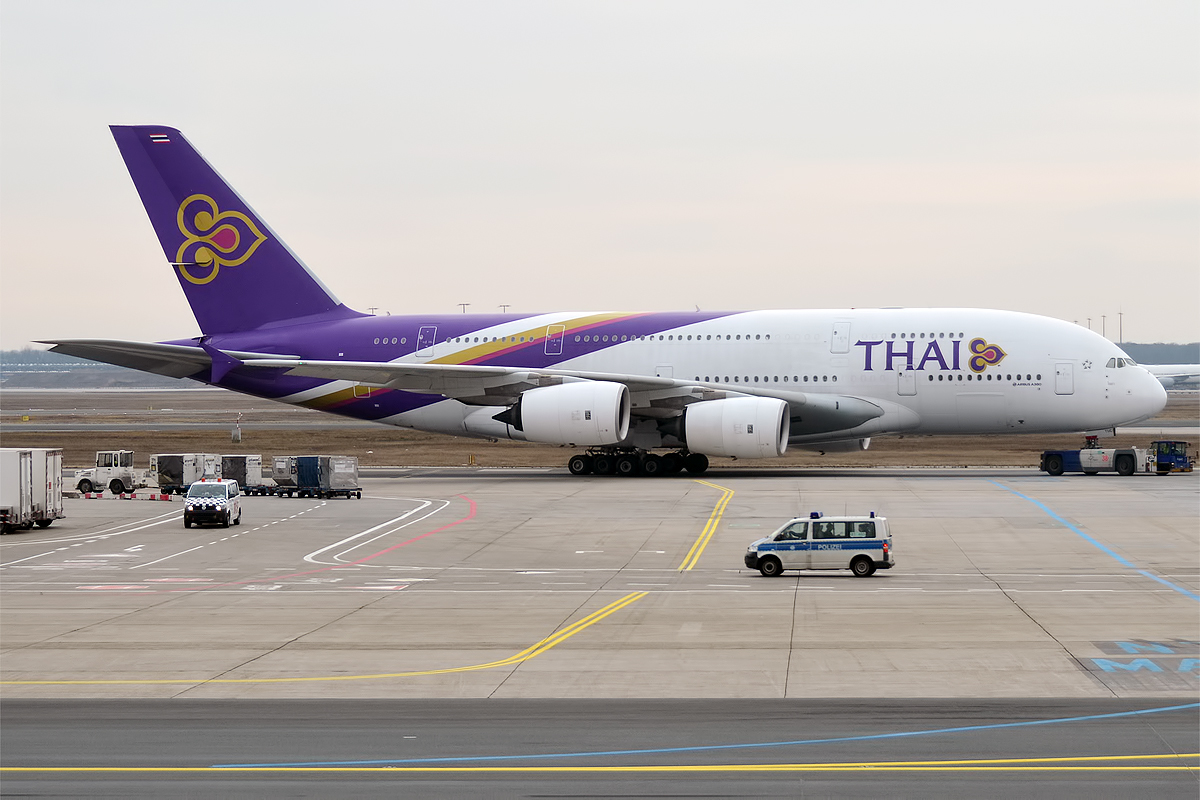 A Thai Airways A380 operating as flight TG920 from Bangkok to Frankfurt, had to make an emergency landing at the Istanbul Airport on Friday. This was due to a medical emergency. The early morning landing was made at Istanbul as it was the closest airport with the capacity to host an emergency landing.

According to a report by Turkish outlet Andalou Agency, a 61-year-old German passenger on the Frankfurt-bound flight informed the cabin crew that he was unable to feel the left side of his body. This is known to be a symptom of someone suffering a stroke.

Sources indicate that the plane, an Airbus A380 with registration HS-TUD, is the first of its type to land at the airport. Upon notification of the situation, the aircraft’s captain contacted the tower once in Turkish airspace and asked for the necessary permits for an emergency landing.

Upon safe landing, the passenger was taken to a private hospital via ambulance. The plane later took off to Frankfurt and landed roughly two hours later than it’s regularly scheduled arrival time.

As the largest commercial aircraft in service, the Airbus A380 is a little more difficult to divert than other, smaller aircraft. With the A380’s tremendous size and weight, the aircraft is restricted to runways that are 45 meters wide and at least 2,900 meters long. In fact, Airbus’ website says that the A380 is compatible with “over 140 small and large airports for regular service worldwide, and up to 400 airports when adding diversion airports”.

However, runway size isn’t the only limitation. Specific equipment is required to move the jet across the tarmac. According to International Airport Review, a heavier tow tractor is needed. A380 capable conventional tractors need more effective ‘push capacity’ in order to handle the aircraft at maximum ramp weight and with poor surface friction coefficients.

For a medical situation, the airport must have sufficient emergency staff and services available to handle the passenger(s) affected. This may include ambulances and a nearby hospital.

Maybe more of an afterthought when considering a medical emergency and life-or-death situation, but if the diversion of an international aircraft takes place then sufficient immigration infrastructure should be in place. This is to handle passengers that didn’t initially intend to visit the diversion country.

If the man involved in the medical emergency was in fact presenting symptoms of a stroke, then the crew made the right decision to divert. According to the U.S. Centers for Disease Control and Prevention, time is of the essence and “stroke treatments that work best are available only if the stroke is recognized and diagnosed within 3 hours of the first symptoms.”

Have you ever been onboard an aircraft that had to make a diversion due to a medical emergency? Share your story and experience with us by leaving a comment.

We reached out to Thai Airways with a request for comment but have not received a response from the airline.