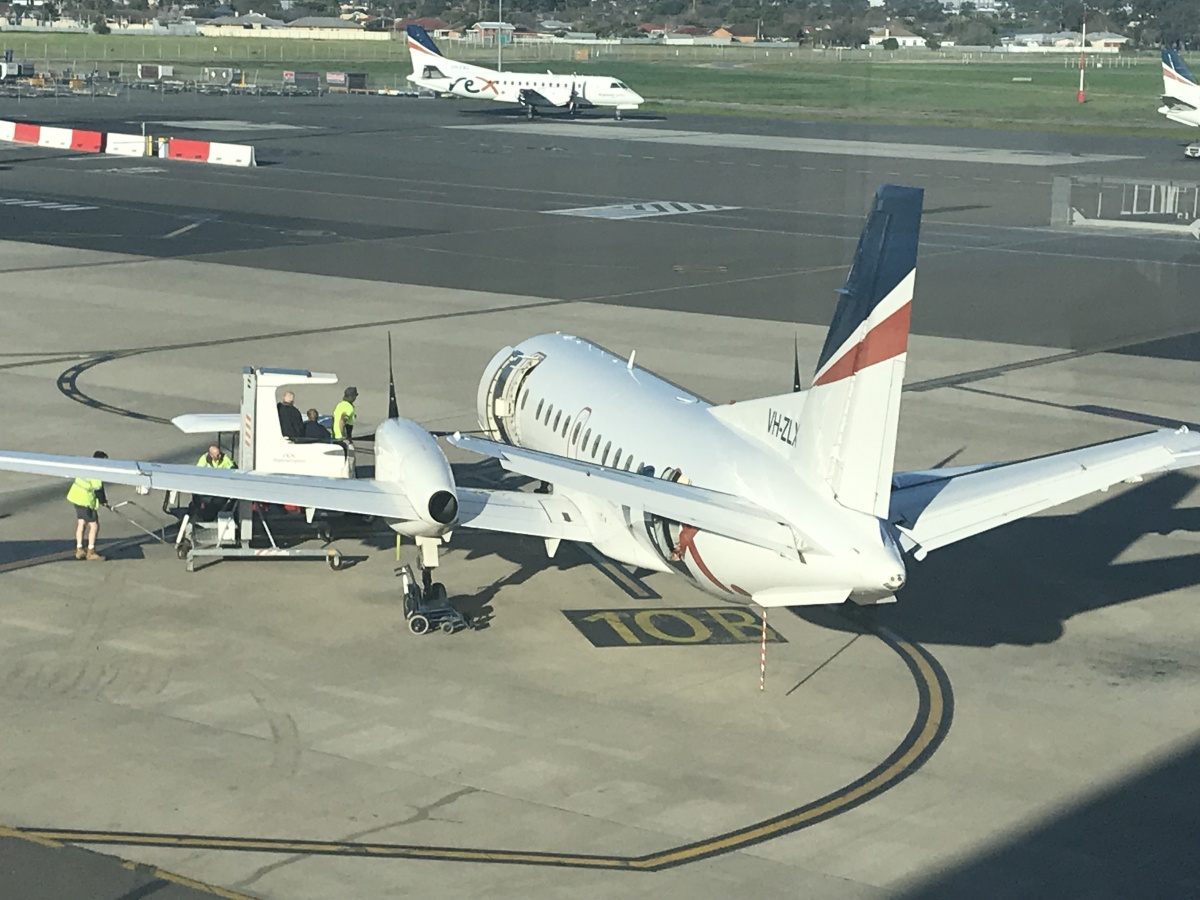 REX is Australia’s second-largest regional airline behind Qantas and its various subsidiary brands. REX flies a fleet of 57 Saab 340s to 60 destinations. It has a reputation for flying marginal rural and regional routes that other operators won’t tackle.

The routes in question include Adelaide to Kangaroo Island, Adelaide to Whyalla, and Sydney to Ballina.

Qantas, via its QantasLink subsidiary, has been busy lately rolling out some new regional routes as it moves to deploy five Bombardier Q8-300s formerly used by Jetstar in New Zealand. Jetstar quit regional flying in New Zealand in late 2019.

The airline is publicly listed on the Australian Stock Exchange and profitable, if only just. In the last three financial years, REX has made profits after tax of AUD$12.6 million, AUD$16.9 million, and AUD$17.5 million respectively.

That is a better financial result than many far bigger airlines, including Virgin Australia. REX also has a well-earned reputation for bullishly safeguarding its patch and calling out perceived transgressors.

Now Qantas is in the firing line. REX has complained to Australia’s competition tsar, the Australian Competition and Consumer Commission (ACCC). In the complaint, it alleges Qantas is dumping excess capacity on routes that are already extremely marginal.

In a statement, REX said;

“It is obvious that the excessive additional capacity introduced by Qantas on these routes kills the ability for Rex to offer a sustainable alternative to the Qantas model for regional communities and increases Qantas’ market power.”

REX says that on the Adelaide to Whyalla route it was providing 100,000 seats a year with a utilization rate of 60%. Then in 2015, Qantas entered the route and added a further 66,000 seats, making it uneconomic for both carriers. Qantas, however, has the deep pockets to take short term losses in hopes of long term gains.

Between Adelaide and Kangaroo Island, REX was providing 66,000 seats per year with a utilisation rate of 57%. In 2017, Qantas entered onto the route. Further, Qantas initiated a direct route between Kangaroo Island and Melbourne, eroding transit traffic via Adelaide REX had soaked up.

On the more fiercely contested Sydney to Ballina route, REX had carved out a niche for itself offering morning flights down to Sydney and an evening return. Jetstar and Virgin Australia also operate jets on the route but their timings aren’t particularly day business trip friendly. Qantas recently announced it was entering the route, offering similar timings to REX.

Qantas flying to Ballina a step too far for REX

It seems the Ballina move was the straw that broke the camel’s back for REX.

The last service, ZL211 will depart Ballina at 6:30 am on Saturday, March 28. In their statement, REX said;

“Rex has to face up to the reality that it is not able to match Qantas’ financial firepower and unlike Qantas, Rex is not able to continue servicing a money-losing route indefinitely.”

What Qantas has to say

“Rex had a track record of throwing tantrums when things were not going according to their plan.

“Not long ago they blamed us for the fact their pilots were applying for jobs with Qantas.

Qantas says they are focused on adding routes to regions they see as having genuine growth potential. Of the seven regional routes Qantas has started flying in the last two years, they are the sole carrier on five of them.

Qantas’ response does make some valid points. REX has never responded well to competition on their turf. On the other hand, that’s a natural reaction if you’ve taken the time and put in the resources to develop a route.

From a consumer’s perspective, more choice is always a good thing. But with REX exiting routes, the choice isn’t increasing. The concern could be the only thing that will increase is fares.